Many successful startups like Product Hunt choose to build their product in public, roping in their user community. The transparency and sense of participation is crucial in building an engaged community of early adopters.

We're building a service called Hello Money by actively inviting Redditors to discuss our product and submit feature requests via AMA and comments. We want to take this approach further and really opt our users in our development process.

Engaging the community in development process is something that Meteor Development Group is also trying to improve, so we also hope this project can also serve as an inspiration for how Meteor can become more open and interactive.

We based the project on Telescope, which provides a basic CMS, commenting and upvote system, and user account setup out of the box, as well as numerous extensions for community building, such as newsletters.

We hacked Telescope "posts" and turned them into "product features". We added the concept of 2x2 planning grid and release management as our primary value adds.

Our biggest challenge was lack of time.

We also were working in a distributed team and socializing at the Seoul hackathon, so there was lots of noise and socializing going on. It made things more fun, but also made it hard to focus on the project.

Go into a hackathon well-rested! We all worked for 24 hours straight, and after a long work at week it was no walk in the park.

You help us decide!

There are many obvious functionality gaps -- we did the best we could in a short time. We'll try using ReleaseIQ as tool to help prioritize our service Hello Money and hope we can improve both services as we go! 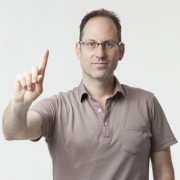 Our backlog page is 100% pure Telescope with some CSS on top. Props to Sacha for building such a flexible and useful platform:

Product builder vs. user go head-to-head during a new release planning. IRL they'd be doing this from their computers or phones, remotely.

Photo taken toward the end of the Meteor hackathon.

Inspired by the way we prioritized feature requests from the Hello Money Reddit AMA, as documented in this Imgur album http://imgur.com/a/E5zpY

The list of feature requests on http://releaseiq.com/backlog are real, although there are a lot more requests in reality :)