Using NEAR to help journalism flourish on-chain and establishing a link between humanitarian efforts and journalism in conflict zones.

We were inspired by how to help the creative photojournalism communities in Ukraine and on the frontlines at conflict zones around the world. We see several problems in the world related to frontline journalism:

Who: Wartime and conflict zone journalists, including freelance and citizen journalists. Reporting the truth should be as safe as possible with equitable compensation. The conflict zone reporting cycle today is not monetized adequately in accordance with the risk involved for journalists.

Why: When conflict zones are not covered by journalists, the parties involved in war can do damage with impunity. Journalists are needed to report the truth in order to catalyze peace, while being adequately compensated for the risk they are taking. News outlets publishing this reporting do not allow for adequate compensation and anonymity for their correspondents and freelance and citizen journalists and also do not direct people to ways to help. News outlets and the public also want verified and credible reporting.

The Solution - what Refound offers:

A mobile based decentralized application (dApp), that empowers journalists with:

We built it using Next.js for the front end, Rust for the NEAR smart contracts, and IPFS and Web3.storage for data storage.

Contract is able to:

Since the NEAR ecosystem is a relatively new ecosystem to us, we had to familiarize ourselves with Rust Smart-Contract development and tooling e.g. NEAR rs SDK and Near CLI. We had a learning curve to incorporate the features of the NEAR blockchain but once we were familiar with the SDKs it was very smooth.

In addition, adding Keypom took some time understanding the github code, but it was an exciting effort and we were glad to be able to build on it. After going through the test cases, we were able to adjust the deployment script to fit with our smart-contract.

We are excited about the potential for journalists to produce integral content and to have the ability to get verified by local parties in the area where the news reporting is from.

We are proud of being able to complete the MVP as a team and ship a working demo on NEAR.

We learned about the exciting offering at NEAR, including Keypom, which can help us to enumerate journalists and communities that are affected by conflict in a seamless and speedy manner, getting the word out and bringing much needed help to areas. We were so excited for the use cases and we are looking forward to Keypom's V2 to further develop them also

Working as a team to deploy the contracts and integrating the front end and backend to develop the dApp in a short time showed us that building on the blockchain can have great utility.

We learned that if we use the right resources we can continue to learn and become better at this and be successful, using documentation, the discord server, youtube content, and NEAR contacts on discord for any questions.

What's next for Refound Journalism:

With the right funding the project could continue to build and do the following:

Additional Keypom Use case: One method we thought of but needed more time to test and implement is encouraging compensation for citizen journalism with quick on-boarding of users on NEAR, which may be possible with V2 of Keypom after discussing with the Keypom team on the NEAR office hours discord channel. The news media and online news portals can quickly generate citizen journalism reporting around world events by allowing citizen journalists who want to report live photos of what is happening to post on Refound by dropping keys pre-loaded with NEAR for a free trial, even if they may not have set up their NEAR wallets. This would allow quick on-boarding of users and their photos while giving them access to a way to get paid later for their photography.

What role do the NGO's play and how will they be incentivized to be on-boarded on NEAR: NGO's are primely positioned to help in the conflict zones with their local networks and can also vouch for reporting from war zones as they are working on a not-for-profit basis. This can help bring a level of credibility to reporting and allow the public to distinguish amongst the torrent of propaganda that can exist in such circumstances. NGO's, especially those based locally, currently face difficulty in getting global visibility for their work and for directing awareness and contributions to their causes. The NGO's will be incentivized to sign-up for the ease of reaching a global audience via Refound, meanwhile, they will then be available to opt-in to verify news from their regions as well. 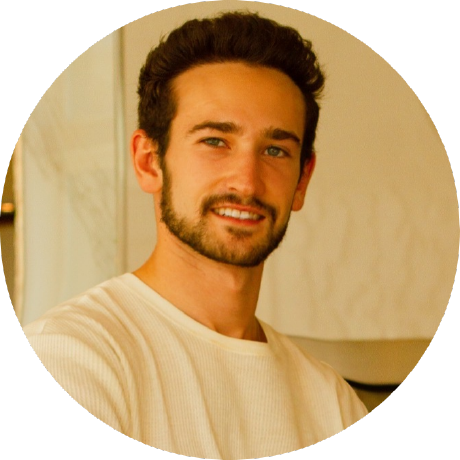