If you watch Mr. Robot, then you know that the main character, Elliot, deals with some pretty serious mental health issues. One of his therapeutic techniques is to write his thoughts on a private journal. They're great... they get your feelings out, and acts as a point of reference to look back to in the future.

We took the best parts of what makes a diary/journal great, and made it just a little bit better - with Indico. In short, we help track your mental health similar to how FitBit tracks your physical health. By writing journal entries on our app, we automagically parse through the journal entries, record your emotional state at that point in time, and keep an archive of the post to aggregate a clear mental profile.

This is a FitBit for your brain. As you record entries about your live in the private journal, the app anonymously sends the data to Indico and parses for personality, emotional state, keywords, and overall sentiment. It requires 0 effort on the user's part, and over time, we can generate an accurate picture of your overall mental state.

The posts automatically embeds the strongest emotional state from each post so you can easily find / read posts that evoke a certain feeling (joy, sadness, anger, fear, surprise). We also have a analytics dashboard that further analyzes the person's longterm emotional state.

We believe being cognizant of one self's own mental health is much harder, and just as important as their physical health. A long term view of their emotional state can help the user detect sudden changes in the baseline, or seek out help & support long before the situation becomes dire.

The backend is built on a simple Express server on top of Node.js. We chose React and Redux for the client, due to its strong unidirectional data flow capabilities, as well as the component based architecture (we're big fans of css-modules). Additionally, the strong suite of redux middlewares such as sagas (for side-effects), ImmutableJS, and reselect, helped us scaffold out a solid, stable application in just one day.

Functional programming is hard. It doesn't have any of the magic that two-way data-binding frameworks come with, such as MeteorJS or AngularJS. Of course, we made the decision to use React/Redux being aware of this. When you're hacking away - code can become messy. Functional programming can at least prevent some common mistakes that often make a hackathon project completely unusable post-hackathon.

Another challenge was the persistance layer for our application. Originally, we wanted to use MongoDB - due to our familiarity with the process of setup. However, to speed things up, we decided to use Firebase. In hindsight, it may have cause us more trouble - since none of us ever used Firebase before. However, learning is always part of the process and we're very glad to have learned even the prototyping basics of Firebase.

What's next for Reflect: Journal + Indico to track your Mental Health

Our goal is to make the backend algorithms a bit more rigorous, add a simple authentication algorithm, and to launch this app, consumer facing. We think there's a lot of potential in this app, and there's very little (actually, no one that we could find) competition in this space. 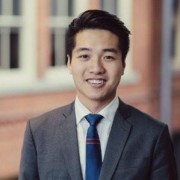