Project Description: Ghost Gear Recon Out team was contacted by The Nature Conservancy's Chief Technology Officer Matthew Merrifield who told us about a problem that he had observed among the Northern Californian crab fisheries community.

Crab fishing boats routinely lose expensive fishing equipment that can ensnare wildlife, pose hazards to navigation and contribute to ocean debris. Most fishers would love to recover this expensive gear and continue to use it. Our task was to develop a reporting network that fishers could use as a digital Lost and Found for recovering that gear and removing it from the marine ecosystem.

Using our app, a fisher who sees lost equipment floating in the ocean that does not belong to them can take a photo with their GPS-enabled phone and email the photo as an attachment to our account “ghostgearreacon@gmail.com.” with a specific subject line. The GPS information on the photo is read by our program and stored in a database. The database then drops pins onto a map to display where gear has been reported found.

If a fisher is missing gear and knows roughly where the gear was lost, they can zoom into the map at www.ghostgearrecon.us to the appropriate region and look for unresolved (yellow) map pins that show where gear has been spotted. If the fisher's gear has been spotted by another user, the fisher can input the latitude and longitude of the open pin into their own navigation devices and steam to the location to recover the gear themselves. If the gear has been picked up by another fisher, the contact information of the finder is displayed so that the original owner can arrange a pick up. Once the gear has been successfully removed from the ocean and returned to its owner, the pin is closed (turns red) and after several days disappears from the map. 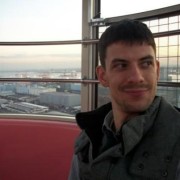