Android Auto is a two part solution into connecting a car into the Android ecosystem. The first part is an Android 5 phone that is running the Android Auto app. The second part is usually implemented in the radio head unit of the vehicle, using the onboard display, to display notifications, directions and other information to the driver using the infotainment system.

The Raspberry Pi connects into the cars existing systems with little to no modification i.e. plug and play. It receives user input from the middle console

I ran across an implementation of the Android Auto protocol for a Mazda Connect(c) infotainment system that runs Linux here. I then commenced to port it to the Raspberry Pi.

The first issue I ran into was high memory usage. There was a port on Ubuntu inside the repository which I first tried to run, but did all of the video processing inside RAM and used a lot of it (1.5Gb) which promptly crashed the Raspberry Pi which only has 1Gb of RAM. 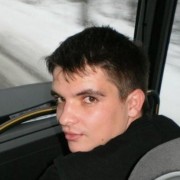