A close friend of one of our members, had her house robbed, recently. As she was mostly outside for work, she didn't have much knowledge of what was going on inside her house. This inspired us to create an application which anyone could use to monitor the activity inside our homes- anywhere, on the go. We also decided to add more features to make it more unique than the already existing security monitoring camera systems.

Our Smart Camera System uses RaspberryPi to run OpenCV for object and motion detection The camera will send an email with images of any objects it detects. It also runs a server that provides a web interface with live stream video.

You can also specify what will trigger the security alert. Here are some other examples: Motion detection: For detecting anything unexpected movements in a specific area.

Face detection: The user might want to be specific about people who are only allowed to be moving in that area. So, once the system detects the face and finds that you are eligible, it will not send alerts to the user.

Cat face detection: Some people living with cats as their pets, might want to limit their cats to reach some areas because cats are more likely to cause damage and home accidents without notice. So, the user will set up the house in a way once a Cat is detected in an unexpected area, an alarm will be automatically alert to tell the cart that the area is not allowed.

Upper body detection: This is to check if an object moving in a certain area is a human being or not. Smile detection: Our System will use AI and Machine Learning to detect whether people around you or moving around the scope of your camera are harmful or not using their smiles and facial reactions.

We had some tasks to work on as a group which are Backend System and Algorithm development, Prototype Design, and Front-end Design. We started with the backend using Python and Opencv while developing the Mockup designs at the same time. It was not easy but we did it hard too, this has become our dream and we believe we are going to make it cause together we achieve.

. Lack of internet connection . Lack of Hardware materials like Raspberry Pi and External cameras for system testing. . Lack of enough experience . Different timezones among the team members, it became kind of hard to communicate properly. .

. We managed to develop the motion detection algorithm from scratch on our own and the algorithm was successful with very good accuracy. . We learned from one another, everyone had something new to bring. . We did the mockup designs pretty amazing one and we are proud of it. . We enjoyed the workshops. . We became close friends.

After developing the existing algorithms for better accuracy, we shall add the fire and smoke detection functionalities to reduce the risk of and effects of fire outbreaks at homes, companies and more. We have a vision for the Raspberry Pi - Smart Camera System to be an outstanding security system all over the world. We wanna make an impact to the world out there and play a part in the future of people by preserving their security. 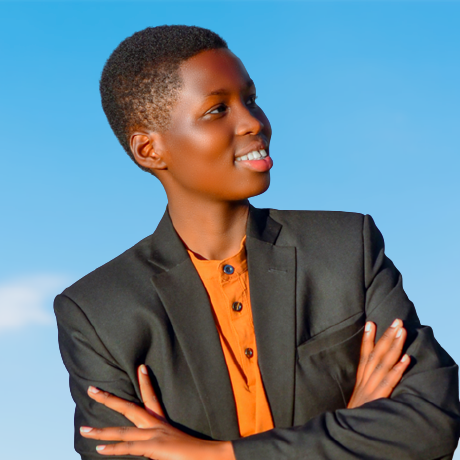