Games like candy crush and tiny tower are incredibly successful at generating funds via a freemium in-app purchase model. We wanted to utilize a similar model to generate charitable donations to real-world wildlife conservation efforts via an addicting and entertaining anti-poaching tower defense strategy game based off of real-world information and scenarios.

Ranger Danger is a 8-bit two dimensional tower defense styled strategy game modeled after real world wildlife conservation areas. Players adopt the role of the head warden or ranger at a conservation area, and utilize the resources available in that area to halt and deter poaching efforts. Resources within the game are based upon real world resources available to the groups maintaining the selected range the player controls, with similar budgetary constraints and expenses within the game. Real world information of funding sources and amounts, ranger statistics, animal motion patterns and varieties are attained from partner conservation groups that are featured and utilized in the game. The game utilizes a freemium model to allow in-app purchases that augment the playing experience, with funds generated being donated to the institution featured in the level the player is playing. Current working demo features the Sioma Ngwezi National Park, with the game background featuring a map of the park and it's location within Zambia, and focuses on Elephant conservation.

The player is greeted with a chiptune rendition of the Zambian national anthem, and Zambian national colors and iconography are features throughout the game. This is an example of future development plans, with each conservation group and region relying on regional themes.

What's next for Ranger Danger

In the future we plan to further develop the game mechanics to allow for more real-world actors within the selected environments, allowing for the education of the role of communities, criminal syndicates, informant networks and other anti-poaching factors within the game. We plan on making the app available on multiple platforms, and creating multiple levels in direct partnership with various conservation agencies to increase awareness of conservation efforts on a global scale. We also plan on further developing game features, to allow for a variety of real world anti-poaching techniques within the gameplay, to increase educational awareness of the current anti-poaching efforts.

Place rangers around the reservation in order to protect your elephants. 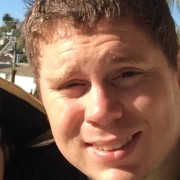