A dream of having a community of gamers and developers to be involved in a decentralized, modular and upgradeable blockchain gaming system wherein real actual gamers are the most rewarded for their participation. "Honest pay for honest play."

It provides an avenue for RPG fans to play real RPG within a blockchain network. With the help of the open-source community, developers can further improve the game as it was designed to be modular and upgradeable.

The knowledge that went into the project's development mostly came from the open-source community and from my own gaming experiences. The project's current state is just a groundwork for future AAA blockchain games to come that are open-sourced.

The greatest challenge lies before a single code is written: the game design. Since blockchain networks in general cost money to make state changes, it has been very challenging to design a gaming system that achieves a balance between complexity, cost and fun. On the bright side, the same challenges brought out solutions and ideas that were never thought of before.

More than an on-chain battle system and built-in Defi in a complete RPG ecosystem, the greatest accomplishment im really proud of in this project is being able to design it in the way that it is somewhat future-proof in the sense that a community can form around it and continue to build. In the end, it would connect people from all over the world if it gets enough traction. One can only hope.

I've evolved a lot of times from starting this project out. Even though I already have a little bit of experience with developing with solidity under my belt, this project has shown me that the things I know are nothing but mere stepping stones toward a brighter future in contributing to a decentralized society. Apart from that, I've improved my coding skills a notch. Thanks to the excitement this hack brought!

What's next for Random Clash

Theres a lot coming up! PVP, Defi UI support (the contracts are already deployed), Battle Sound-effects and improvements. A lot of improvements. As a very grateful hacker of this hackathon, I'm very open to connect with like-minded people towards evolving this project to the next level. PRs are welcome!

[^1]: Disclaimer: The character portraits, equipment images and token icons are merely visual representations of in-game elements and are in no way being redistributed/sold. Such resources are bought from and licensed by https://craftpix.com

The BGM tracks used are created by Peritune https://peritune.com under the Creative Commons License.

For a more detailed information about the game mechanics and the technical specifications of the project, you can refer to this docs page: https://sarges-platoon.gitbook.io/random-clash/ 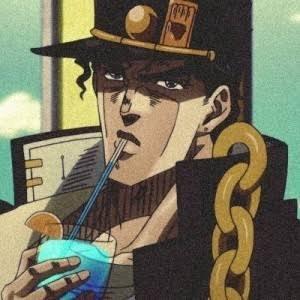 I cant see the github repo link within the project details page even tho i remember adding it. So im putting it here for reference ✅ https://github.com/sgtchilipapi/random-clash-app