Some background on DACI

From my experience in both technical and non-technical roles, the DACI framework is extremely helpful for project management. It enables me and my teammates to be clear about what each person is expected to do - and, importantly, what they're not expected to do! - and it promotes a timely flow of information to the people who need it.

The DACI resources shared by Atlassian are an awesome starting point for teams. The DACI Decision Making Framework Play introduces the value of the DACI framework, and provide instructions for putting it into practice to make decisions. Similarly, the Confluence and Trello templates provide a written record of who is D-A-C-I for a given decision, which can be referred back to after the kick-off meeting. And the DACI Helper app makes it easier to see where the framework has not been implemented.

But there is a lot of room to apply DACI in new ways, to make our lives even easier for teams that use Jira and Confluence. My Forge project builds on Atlassian's existing DACI resources, with a focus on three outcomes:

Examples from my career

In a past life, when I was working at a small tech start-up in customer support and operations, there were many times where it was important for me to be a Contributor or Informed on things that were happening in the product team. Because I knew what our customers’ experiences with the app were so I could share cool ideas on what to build, and because if there was a feature or bug update, I needed to be the first to know, so I could explain it to users who would call us because they had questions or were having trouble.

Another use-case for DACI in my role at that start-up was a time when I had a manager join the company ‘above’ me. As a result, myself and my other customer support teammates were no longer as involved in product meetings as we had been before, and so we needed a more formal process to make sure we got updates about what was being built by the product team. In other words, when we weren’t directly participating in product development, we needed a dedicated workflow to meet our needs of being ‘Informed’ and ‘Contributing’, so we could keep doing our jobs well. Because if my manager left a product meeting and got distracted, forgetting to jot down a to-do of updating us on a new feature that was put in this week’s sprint and why that decision was made, we may have missed our opportunity to give the input we were supposed to, and we may have been be surprised when a user called us about a bug that we have no context on. Also, it’s better if managers can use their time to actually help develop the product, instead of managing the flow of information! So whatever you can automate to keep the team able to Contribute and be Informed is a win.

Like all of us, I have also had cases where I have been asked to do work in an area that is not my focus. This app would easily enable me to quantify how many items I am being asked to Contribute to per week, so can have a conversation with my manager about how much time I have available and how many things I can realistically be a Contributor on.

This app is built entirely in Forge. All my development and testing was done internally to the Forge ecosystem, essentially connecting the dots in new ways between Jira and Confluence modules, combining them and wrapping new functionality in Forge UI components for the user.

Applying the principal of separation of concerns, I created individual JSX files for Global Settings and the DACI Action Panel respectively. I imported these into, and re-exported them from, the index.jsx file, and referenced them accordingly in my manifest.yml file.

To build functionality, I wrote components and methods in Forge's version of JSX, making calls to the Jira and Confluence REST APIs.

In the initial stages of building the logic for my app, I spent a lot of time understanding and experimenting with API endpoints to figure out two core things:

Many things were easy about Forge - these two things were not. Specifically, I had the following struggles:

Apart from these technical frustrations, an important challenge was deciding on the core functionality of the app: what features should I build which would add value compared to what already exists in Jira and Confluence, to simplify the implementation of DACI?

I spent a bunch of time trying to fit existing features like 'watching', notifications and emails to DACI. But the essence of the value I wanted to build was to bring DACI-related actions into team members' workflows, and build checks to monitor the health of these actions across the team. If I had used watching, notifications or emails, these features would have been overloaded with different purposes, making team members' workflows more distracted and the required action less clear.

In the end, for this first version of the app, I decided to focus on a few core automated features I wish I had had on projects in the past (see Functionality section).

I am really proud of building an app with functionality that I believe will really help teams - something I am excited to use myself, which can help get maximum value out of the DACI principles.

I am also very proud of having built this in about three days only, in which time I learnt an entirely new development environment. I just recently found the Codegeist hackathon but still wanted to contribute because I'm passionate about DACI and was excited to build it into Jira and Confluence.

This experience has been my entrée into the Forge environment, and was my first time developing for Atlassian products. Here are a few bullets on what my Forge learning looked like!

At a meta level, I developed my thinking about the contexts in which DACI can be applied. I had never explicitly thought about the difference between how DACI can be applied at a decision-making level vs a project management level. My personal experience with DACI encompassed both of these, and I had never drawn a distinction between the two. Reading the Atlassian playbook docs and templates made me see how DACI can play out somewhat differently in a decision-making context, as opposed to in project management. Decision-making is in some ways more static and centralized than project management, where many different granular tasks are carried out and are constantly changing. This leads to a different implementation problem for DACI in each context. It seems to me that decision-making is more suited to a single fixed document treatment of DACI, whereas project management requires DACI to be inserted into the workflow in a dynamic yet structured way.

What's next for DACI Project Management for Jira and Confluence

I would love to: 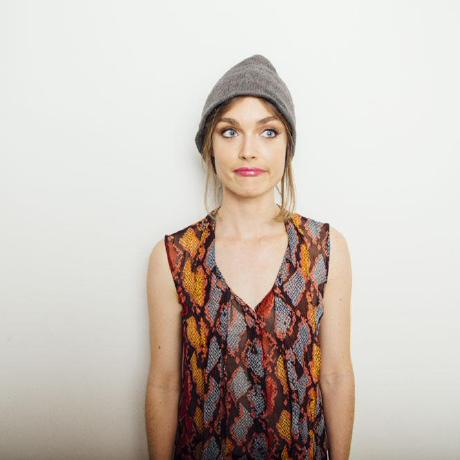