Our inspiration for the app wasn't anything special, Discord was an app we were familiar with and we were aware that the community had open source bots that were used for entertainment purposes, but we realized there was never anything educational, especially for kids. We realized the potential that Discord/Discord Bots has for introducing younger kids to communicating online and at the same time having a fun way to learn about new things.

Qwerty is special, it's almost like an educational chatbot. You give it commands and it serves its purpose. Right now, we have a limited amount of commands, enough for a prototype but not a full working version.It can show various pictures, ask you questions about math, it has fun games such as a magic 8 ball, it's a versatile bot that has millions of possibilities for modules to be added to it.

Qwerty was built with C# in Visual Studio, alongside Discord.NET v0.9.6, we tried to keep the bot simple since we're still very beginners but we programmed it enough to supply for simple commands in a chat. First, we made a prefix for the bot and then we applied that prefix with other commands so that the bot has the ability to send files and send messages.

A lot of the challenges dealt with Discord.NET itself, there were compatibility issues between the discord client and the code itself. We also had errors in making sure that the bot didn;t interrupt when it wasn't called for, as it would reply to the command words, even if they weren't directed towards the bot.

In the future, we want to develop Qwerky more to learn more about the user at it talks to them and be smarter, right now Qwerty is just a question to answer bot, purely simple and nothing too complicated. We want to develop more onto what the bot does so it feels like you're not talking to a robot, instead, we want it to seem like it's someone you know. 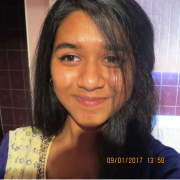