We wanted to build a website that could help students learn with more autonomy as students ourselves, which is why we created this site in order to practice a wide range of math skills.

The site operates like a targeted quiz, allowing the user to practice their skills on a diverse set of math problems.

The site is built with ExpressJS and MongoDB, storing user info into the database and handling all quiz logic in ExpressJS. Additionally, we also employed a Python script to parse plaintext questions and convert them to LaTeX for better-looking questions.

Time was a big limiter for us, as the original plan was to fine-tune the OpenAI GPT-2 model on the mathematics dataset published by Deepmind to allow GPT-2 to generate its own math problems. However, due to the nature of the 1.5B parameter model and the speed of Google Colaboratory, we were unable to train the model in time and had to resort to other tactics.

Our site runs fairly well with a clean workflow, and still holds the opportunity to pass potential ML-based logic in at a later time. Additionally, the database holds particularly well considering as very few of us had worked with MongoDB in the past. Finally, the custom LaTeX parser holds very well, allowing us to cleanly display sophisticated mathematical expressions.

We learned a great deal about parsing, MongoDB, and general web development.

With more time, we could potentially deploy a GPT-2 based backend to generate questions, potentially allowing for an infinite set of questions for a student to practice while still holding to the target skills. 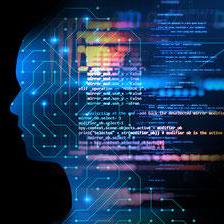