Quiz&Learn Python is an iOS, Android, and Firefox OS app for testing and improving your knowledge of Python concepts. The app asks multiple-choice questions about Python code snippets, which you need to answer fast. There is a wide range of questions, so it's suitable for both novices and experienced programmers.

The idea borrows a lot from the gameshow "Who wants to be a millionaire?". You have four lifelines to help your quiz:

The last lifeline is my absolute favourite feature of the app. You can step through the code and see how each line changes the state of the variables. This helps you learn code works.

Originally the app was developed for By The Mark Corp., a company I co-founded. The idea came from some discussions with colleagues in the coffee room. Recently, I acquired the app and have been developing it further. 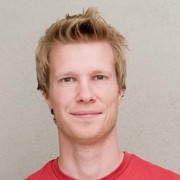