My inspiration is to allow tourists that want to travel to Quito-Ecuador, experience the city as they were in person. To see, to hear, to learn and to get them excited about the tourist places in the city. Also, my inspiration in a free web. Being able to experience VR just with opening the browser g9ve me the freedom to create all kinds of apps.

It explains and allows possible tourist to experience the city and its places showing the 360 photos of the museums, streets and all the tourist places in the city.

I spent many hours creating what I think was a good, scalable and understandable architecture for developers that have previously worked with react and redux for state management. I created a simple “navigation” logic to show hide scenes based on what the user choses.

I had to go out and take 360 pictures, videos and edit them in post production. That alone took several hours.

Because I already had some experience building React sites and native apps, It was kind of easy to get used to the react 360 code.

I found about the hackathon 2 weeks ago. I spent 3 days about and idea, a basic UX design. I spent 4 days or so getting into the react 360 features, reading the documentation, runing the samples. That left me less that 7 days to build the app.

I couldn't complete most of what I had planned, but for the days that I had, I feel pleased. It is easy for any React developer to get into React 360.

I learned that creating a React 360 app is easy and fast to do if you have React knowledge. Also, I realized that the documentation in the oficial React360 site is outdated and in some cases not complete or wrong. The best place for me to see how to do some things was looking the samples in the react-360 code. I learned that React360 it’s in its infancy but has the potential to allow developers to create great stuff. Finally, I learned that the site looks much better and it is easy to interact from the oculus headset than from the desktop browser. 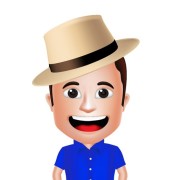