Hail to the Chief

As one of the World’s leading democracies, the United States is often seen by the world as a country that affords its citizens an active voice in government, however, this voice is diminished significantly when Americans do not vote. In fact, The Washington Post found that almost half of eligible voters did not show up to vote in the 2016 presidential election. This was especially common amongst young voters who commonly cited feeling uniformed as one of the main reasons they decided not to vote. With the 2020 election quickly approaching we designed a game that helps encourage political participation by increasing political literacy in a choose your own adventure format. Our game presents thirty relevant political issues from the past three years and allows the player, who plays as the president, to choose which political action to take on each issue. Following an action being selected the player can view how it affects their reputation with each of the two major political parties in addition to their national popularity. This allows the player to gain an understanding of how each issue affects American politics. In addition to this, major issues will also tell the player how they impacted certain groups of people within the country and in some cases internationally. This will help the player gain an understanding of the far-reaching effect certain political decisions can have. Since each issue is selected from the past three years this will provide the player with a new-found understanding of current political issues. This will help them to feel more informed on some of the most important political issues facing our country today such as gun control, climate change, and foreign affairs. If the player chooses to replay the game they have the potential to experience up to ninety different topics of which thirty will be selected for each game. This not only grants a replayability factor to the game but also increases the impact of the game as a whole. By increasing political literacy in this fun and interactive way, we hope our game can have a positive impact on American democracy by giving more Americans the skills they need to feel they can make an informed decision in political elections.

When playing our game you will first be greeted with a menu screen. Clicking “play” will cause a new term of presidency to begin. At the start of each term, you start out by selecting the type of inauguration address you would like to give to the American people. Following this, you will begin your first year of presidency. Before making your first decision take note of the three bars on the left side of your screen. They represent your popularity with Republicans and Democrats in addition to your national popularity. Making a decision will typically affect all three of these bars in some way, meaning that there may not be a decision that is necessarily right for a given question, as it is likely that what appeases one party may anger another. During each year, three decisions will be highlighted as major decisions. These decisions will cause an impact bubble to appear below the response opinions. These impacts will explain the effects your decision had in more detail than the bars can provide. The game runs through three years of presidency, with each term including seven normal issues and three major issues, for a total of thirty issues over three years. Once you conclude your game you will be presented with a screen that allows you to review all your major decisions and impacts. 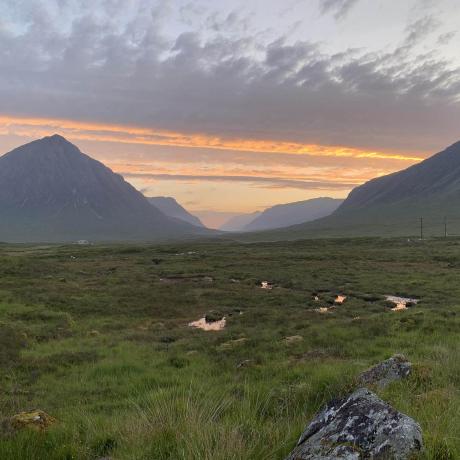