According to the INEGI (National Institute of Statistic and Geography) 6.5% of Mexico's population speaks a native indigenous language. In that percentage, 15% are monolingual. In Mexico, 19.5% of the population feel represented as an indigenous even though they can’t speak the language. This percentage does not include the people who would like to learn the native indigenous languages even though they don’t identify as one. There are many resources that document many native indigenous languages but not all of them give a full explanation of how to learn it. There are no applications translatable into native indigenous languages, for the monolingual indigenous communities to even learn the country's main language, making it almost impossible for them to learn in an easy way.
According to RT news, there is no framework of protection and recognition of indigenous communities that helps them survive. In the most indigenous sectors of Mexico,being indigenous is a synonymous of marginalization and discrimination by the cultural ethnic identit, due to factors like not being able to speak the country main speaking langague(Spanish) propperly. According to RT interviews, there are many indigenous people in jail just because they couldn't defend themselves due to a language barrier. The possibilities of fighting for the protection of their community’s culture resides in their possibilities to express themselves, in which the language could be a barrier. Our vision for this app is to encourage the breaking of that language barrier and invites all of the country communities to connect and learn from each other. This is aimed to be a tool to facilitate the adaptation of indigenous youth who leave their community's town. There is already some documentation about some native indigenous languages on platforms like the ones we quoted for the project content and few resources to learn it, but none of them are interactive or all ages, excluding the fact in which the platforms to learn new languages don’t suit their languages.

Let the user learn through an interactive interface, the basis of the native indigenous languages available in the page. The user can go through the platform and explore the login, what kind of user they want to be, two lessons and the creation of a lesson. Also, let the user introduce new native “nahuatl” words if they are not already on the platform.

We used Flask and Python to create a web app to represent the idea. Various links and templates were created.

-The app looks neat :) -The user can add words to a lesson -It has a login website

What's next for Quetzal

To develop a full didactic application in which there are two types of users, the ones who create the lessons and the ones who take them because they are learning. For creating a lesson the user must have certain validation from the rest of the community. It is in our plans to add more languages and to add more characteristics and types of content for making the learning more complete. Such as audio lessons, videos, photographs. Also, to teach about the culture and indigenous people to others who are learning their languages. Our business model would be based on announcements during the usage of the app and the people who make the lessons would be paid for their work.

The possibilities of fighting for the protection of their community’s culture resides in their possibilities to express themselves, in which the language could be a barrier. Our vision for this app is to encourage the breaking of that language barrier and invites all of the country communities to connect and learn from each other. 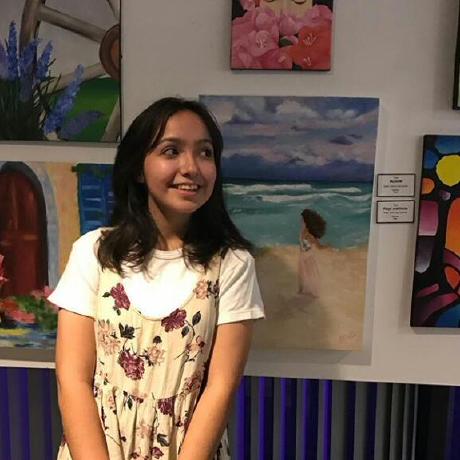