Defining the Problem: How precise and relevant is the real world problem or opportunity? Has the team provided a detailed, clear explanation of what the problem is? Is there an explanation as to how the problem is being challenged by the creation? Depression is a common mental disorder that affects more than 3 million Americans and 300 million people globally. Depression is an extremely important issue in today’s society, since people who suffer depression suffer from conditions such as lack of appetite,sleep, concentration, or self-esteem that can culminate into suicide. Furthermore, this problem is aggravated by the fact that there is a negative stigma associated with depression. As many of you may recall from articles or more specifically from Health class, depression and many other mental disorders are viewed as a choice or something that can be forgotten. As a result, many people who suffer from depression are unwilling to express themselves and they have to carry out their lives without confiding in anyone. My team and I believe that technology can help solve this problem and we created a web application called QuestionDepression. We believe that by using technology we can connect people around the world to know that they’re not alone in their fight against depression. Together we can question depression, together we can overcome the negative stigma.

Local Impact: Does the creation seem to be effective and provide a solution to a relevant problem in the Tech community? To which degree does the creation actually solve the problem? Brooklyn Technical High School is one of the nine specialized high schools in NYC. Many of you in the audience, teachers and students alike, know that being a part of Tech is not something easy. There are deadlines, AP exams, clubs, hackathons, SATs and many obligations that we as the Tech community face. As a result, many of us I believe have a competitive nature and we all strive for success. However, with success comes obstacles and this brings about anxiety and depression. We strive to get a 5 or a 100 on a test, but if we get a 90 we are upset because we knew we can do better. This feeling if not expressed or confronted can build up and we may begin lacking self-esteem and thus the cycle continues. While depression is not something that permeates through Tech, it is something that we all face and due to competitive atmosphere we may not want to discuss it with others. Our web application QuestionDepression shows tweets around the world so that people know they are not alone in their fight against depression that there are people who are also facing problems similar to them. Furthermore, our web application allows users to reply to others which builds a global network where people can freely discuss their problems. While depression is not something can be cured, by knowing that there are others suffering and knowing you can express yourself can help people question their depression- one question at a time. Global Impact: Does the creation have the potential to solve a problem beyond the Tech community and have a greater impact on the rest of the world? To which degree does the creation actually solve the current problem? This program can have a worldly impact beyond Brooklyn Tech’s community. You, yourself may have experienced a depressive episode. However, you are not alone. Depression is one of the most common mental illnesses in the U.S., affecting 40 million adults in the United States age 18 and older, or 18% of the population. (Source: National Institute of Mental Health) While this program only sorts through tweets from twitter, imagine if this program can be implemented into other social media platforms, such as Facebook and Reddit. We may never get rid of depression, this program will help unite people and get help to people that need it. It’s global impact can be furthered if this program is implemented into a phone app. People from around the world can help talk to individuals dealing with depression and make the world a happier place. Innovation: Does the application approach a new problem, or look at an old problem in a new way? Is the solution completely innovative or does it rely on an existing concept/technology? This application looks at an old problem, helping people deal with depression and knowing who has it. It relies on Twitter, a social media app that lets people share their ideas, feelings and thoughts, and its API to search through tweets posted by other people which contain keywords that signal for depression. Whoever posts a tweet about depression will appear on this application, as well as their location, and an option to reply to them and offer help. Technical Achievement (Pro): Does the creation use advanced coding languages (Python,Java. Javascript, C++,etc)? How complex, detailed, and well thought out is the application? The web application was created through the usage of Node.js and modules, such as Express (a web development framework). We also utilized Javascript and the Twitter API, which allowed us to receive tweets and then sort them (positive or negative) using an array of keywords that have an assigned value. 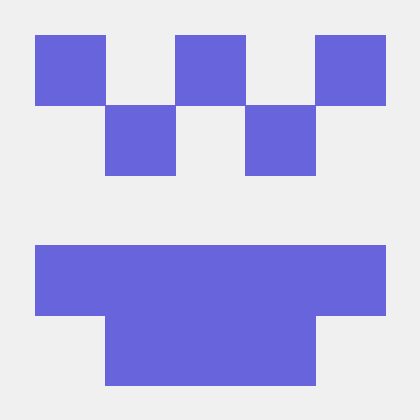