We quantify our steps, calories and hours of sleep. But until now it's been impossible to quantify our celebrations. Quantified High Fives is an app for Pebble watches that tracks the number of High Fives given and received during the day. The data is persisted both to the watch and pushed to Firebase where a realtime leaderboard of the most accomplished High Fivers can be seen.

This was a really fun hack. The Pebble has a lot of power with it's accelerometer. I wanted to see if I could use the pebble to track a non sport physical activity and trigger a push event to another API off of that activity.

Testing it has been the best. Who doesn't love giving High Fives? Not me!

*Special Note: This project was developed by several team members of another Hackathon team. It started as a joke and became something really awesome. We have submitted two hacks to Challenge Post. If there are any issues with this please let me know. 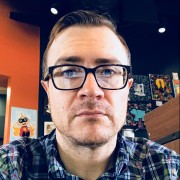