None of us knew one another before this event started -- we met here at HackIOT, brainstormed a cool project idea, and got hacking! One of us bought a tiny drone several weeks ago to hijack for cool projects; using that piece, we came up with a complex internet of things surrounding it!

The network is linear, and just a tad complex:

All in all, we have a great number of devices networked to create a cool interactive remote user experience.

We split our team into component groups: one looked into the Leap SDK, another into making a TCP/IP client/server, a third into Arduino, and a fourth into hijacking the controller: we worked collaboratively, allowed us to efficiently build the system, combine major contributions, and seek others' aid and expertise. This project drew from all our knowledges of electrical engineering, software engineering and design practices, and forces us to learn new programming languages and skills.

As always, no journey is without challenge.. we found issues with:

We all learned at least one major concept in a field largely unknown to us -- be it Python, TCP/IP networking, effective usage of Git's branches, practical EE, Arduino, or impromptu introductions to Raspberry Pis! All of us learned a great deal from this hackathon. 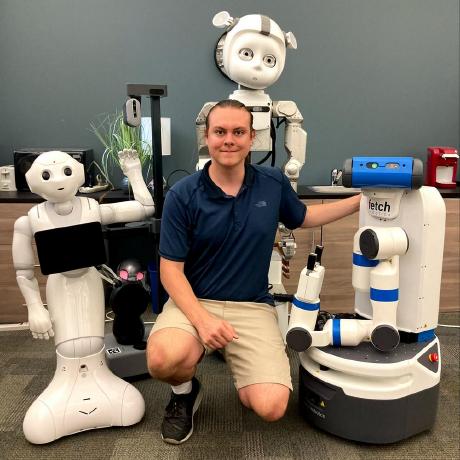