The rise of digital cameras in the pockets of citizens, as well as the usage of police body cameras and digital evidence, have highlighted the systemic abuse of authority against black and brown communities in the United States. Body cameras have been shown to increase accountability and reduce brutality in police confrontations; however, many departments are unable to adopt new policies and technology due to cost. Currently, data storage costs for IoT enabled devices are not scalable and restricts a police department's ability to adopt body camera technology. In addition, for those departments who do utilize body worn cameras, data transparency between law enforcement and policed communities is non-existent, as it is currently impossible to tell if publicly released footage/reports have been tampered with or edited.

With increased recorded instances of police brutality and a complete lack of bipartisanship implementation of police accountability laws (like requiring the usage body cameras by state police forces), communities and their respective public servants are being torn apart by miscommunication, dangerous stereotypes, and politicized agendas. The inspiration for Record was to create an IoT enabled framework that empowers law enforcement to maintain the chain of custody of digital evidence and become more transparent while doing so; better enabling the communities that they police to hold them accountable when handling evidence.

In addition, the Record blockchain network can be applied to various vertical around security, military IoT devices, and supply chain use cases in which the integrity of recorded data needs to be maintained across untrusted parties. The underlying blockchain of the Record network ensures that any type of digital evidence can be traced throughout its history of custody and prevents attempts to tamper with key documents needed within pending litigation.

Record is a novel application of blockchain technology to better facilitate transparency issues between police and the diverse communities they serve. It also creates a framework to decrease data storage costs 10x fold, empowering forces to leverage forward thinking policing practices without breaking their budgets. Our team attempts to affect change in four niche areas:

Technically speaking, Record is an IoT enabled framework that streams data to low cost cloud solutions while committing cryptographic fingerprints of zed data on a public blockchain. Police can exponentially lower their IoT (Internet Protocol enabled Body Cameras, Dash Cameras, etc.) data storage costs and citizens can compare and contrast released police footage and report to determine if there has been any tampering with pending evidence.

Outside of use cases with body cameras and IoT enabled devices used by law enforcement (i.e. police, FBI, CIA), Record’s ecosystem can be utilized in other verticals like the military and security industries. Of course, many parties within these industries will require increased transactional privacy (even privileged transaction capabilities) given the sensitivity of their work. Here are a few brief use cases in other markets:

Impact will be measured by the following

Our team is building this solution by embedding software onto an Internet Protocol camera that tells the camera to stream and store its data on a client specified cloud service (AWS S3, Storj, or Sia). After storing the data, the data is cryptographically hashed (using a secure and robust algorithm) and committed to a public blockchain that normal citizens can reference. Built on top of zed blockchain are two decentralized applications - one that faces police for uploading data, and the other that faces citizens who want to easily compare released police data to check its veracity.

Challenges our team is running into are determining fool-proof video fingerprint algorithms that can not only compare two videos to see if they're the same, but that can also determine if a clip is from a larger video (and whether that clip is in chronological frame order) to detect if it has been edited.

So far we have developed a very thorough white paper and are beginning development. We're proud of the fact that we have combined such a prevalent social justice issue with a new technology to bring about change and increased transparency to law enforcement.

Our team is learning more about data identity hashes, how to leverage IoT software and devices, and how to best develop scalable blockchain frameworks on top of ethereum.

What's next for Record

We hope to scale this technology into a underlying software for all body camera suppliers across the world and to also use it within the security and military industries. 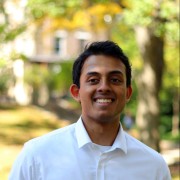 Here is our final submission:

We thoroughly enjoyed working on this hackathon and are excited to hear about the results!