We Wanted to create a VR multiplayer party game. The problem is that VR headsets are expensive and most group of friends have zero or one. We decided to build an hybrid game. All players play the same game, but with different devices and perspectives (First person for the VR player and top down for the mobile players). The main server has been written in Go and can support multiple instances of the game at the same time

One player plays in VR as the Minotaur and has to kill the other players. They are all situated in procedurally generated maze. It's basically a big game of hide and seek.

The Minotaur has one unfair advantage: He can see the "souls" of the players through the walls (and thus get the direction he needs to take to reach them). One mobile player has to escape the maze, the others have to trick the Minotaur into thinking that they are the "Chosen one" and distract him (The Minotaur is way faster and can see through walls which makes him a monster at hide and seek. However, all the souls look the same, he doesn't know which mobile player must escape until reaching him) 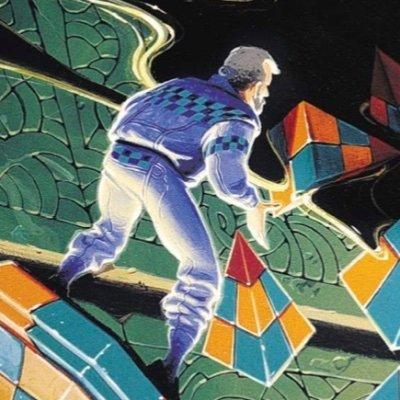