Inspiration: Pollution is becoming more and more prevalent as time goes on, and we decided to help combat this problem. The idea for Project Kraken stemmed off of this desire to help clean up the oceans.

What it Does: Project Kraken is an Unmanned Submersible Vehicle that uses Artificial Intelligence to detect common pieces of waste in the ocean (Bottles, cans, etc.).This detection data then is transmitted to the main program of the robot, which is sent to collect and remove the waste.

How We Built It: We coded in Python and implemented the Google Cloud Vision API for object detection and labeling so the USV knows where and what the object in question is. The model of the USV was made in Autodesk Inventor using a simple modular design process.

Challenges Encountered: Definitely one issue we ran into was when learning and coding in the Google Cloud platform was implementing the wrong version of Python. When trying to get the code to work many errors were thrown and we did not know why it would not work. Thankfully, after some help from Mentor John Muchovej we found out we had been running the code with Python 2.7 instead of Python 3.8.

Accomplishments That We Are Proud Of: We are proud of being able to accomplish this much progress in only 36 hours. Coming in, the team had no experience with Artificial Intelligence. It is an accomplishment for our team to go from an idea to a developed design in the course of the weekend.

What We Learned: We learned a lot about the Google Cloud Vision API and learned how to better code in Python. We also got invaluable skills in problem solving and working together as a team.

What's next for Project Kraken: Unmanned Submersible Trash Removal Vehicle: We need to further develop the database to better recognize and label more types of waste, as well as developing a [program that feeds the output data into the robotic system. Furthermore, Project Kraken still requires specific mechanical design aspects and testing. 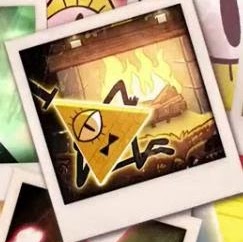