Project C.A.R.E is a crowd-sourced effort to eradicate child-begging.

We wanted to help eliminate this terrible practice, but imagine our surprise when we discovered that the law already exists to curb it. This SDG Hackathon gave us the ability to use our technology for good.

As a citizen of this country, and as a human-being you must ask yourself: Why are there children still begging on the streets?

There is an Organization

In order to provide care, rehabilitation, education and training to the destitute and neglected children, Government of the Punjab established Child Protection and Welfare Bureau in March, 2004.

Not only this but a child protection court has also been established which addresses the issues like custody and legal reunification of the children with their parents.

A child helpline has also been set up which provides guidance, help and coordination for their rescue and protective custody.

This is a social problem, and YOU can fix it

With the Project C.A.R.E App, you can navigate through a set of instructions that you can check off and take steps to have the child reported and further take actions against the child's handler.

The primary SDG Goal we focus on is Goal 11: Sustainable cities and communities, but this also applies to: Goal 3: Good health and well-being

Project C.A.R.E is a web application that helps responsible citizens report children that they encounter begging on the streets. It guides them through a set of questions to ask, and the appropriate actions to take to file a strong complaint, that the Child Protection & Welfare Bureau can use to take custody of and ultimately save the child.

We built is using React.js optimized for fast prototyping via Gatsby.js. It took us about 40% of our time planning the application itself, before we started coding. It was stressful at times, but we persevered and finished it.

The time constraint is always a problem at hackathons. We started hoping to build packaged iOS and Android applications with inbuilt recording capabilities that would render reports, and give us leaderboards, and analytics but because of time constraints we built a client-side web application that works with a large number of devices, but was fast to make.

We hoped to create a back-end, but ultimately with only one technical engineer, that became a challenge.

The app works, it's intuitive, it's beautiful, and we believe it'll be used regardless of how it ranks in the hackathon.

We're wonderful friends and we make a great team. We also learnt how to network, pitch, gamify our apps, and we made a lot of new friends during the hackathon as well.

What's next for Project C.A.R.E

When we find time again, we'll work on adding:

All original content imagery is released under a Creative Commons Attribution-NonCommercial 4.0 International License.

All code is released under the AGPL v3. 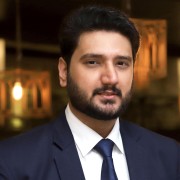 Swing by our table for stickers!!!!

We've finished pitching to the judges. Some of the questions we were asked:

We've finished the application! Check it out at care.gilani.me and shoot us feedback at care@gilani.me Project C.A.R.E is almost live! 28 hours of coding and designing, let's do this.