When doing mock competitions in preparation for the ACM ICPC world finals, our team got really tired of having to keep track of which problem was what, how many submissions we made, and when successful submissions went through.

To remedy this, I created a general programming competition scoreboard, allowing one to add problems and teams, then indicate when problems have been solved. The teams are automatically ordered by the ranking specification (highest problems solved, ties broken by smallest time penalty). For reference, the time penalty for each problem is the time solved plus 20 times the number of wrong submissions.

This was my first time ever doing any web programming, so I hit a lot of bumps, but had a really fun time! I know I'll use this, and continue to work on it. In the future, I hope we can make our submissions directly here, allowing us to pull a bunch of problems from different problem sets. 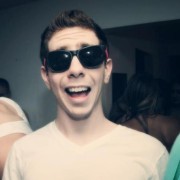