We were inspired to help people start building a healthy exercise habit or work out in an easy way. Many people who are new to exercising need guidance and may not have the right equipment. Those working from home may want something they can control the length and pacing of.

Pro Workout features Terry, an enthusiastic trainer who guides the user through a variety of timed exercise routines supplemented with warmups, breaks, and cooldown exercises. All exercises require no equipment. Users can go at their own pace and for as little or as long as they want -- making it approachable to avid exercisers, beginners looking to build a healthy habit, or those looking for a routine they can tailor to their schedule.

We used Storyline to create this initial skill prototype.

As we developed the happy path flow for the skill and worked against a deadline, we had to pare down features we initially thought of. The more features we included, the more complex it was to communicate options in a digestible way to users and the more complex our error paths and cancellation paths were. We felt it better to release the most straightforward idea for our flow first, then test and iterate to improve it.

Another challenge was writing the script. We had to be very careful with providing the users with understandable options (without overloading them) while minimizing open-ended questions that could be misinterpreted.

Crafting a welcoming and fun way for users to workout by creating a trainer personality. People perceive talking to a machine versus a human differently, so why not have the skill be more conversational to match how people naturally speak? We also had help recording a funny but encouraging voice to make the personality more believable.

To focus on the problems we wanted to solve and start simple.

What's next for Pro Workout

Testing the skill with a wide range of users and seeing what's working and not. Adding a way to store user state and past data so that we can share our users' progress with them. This can fuel gamification of exercising, which helps build habit. Recording more exercises and adding more phrase variations for what users will say. Allowing users to customize their workout. 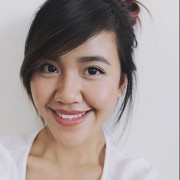