What Are Prism and Boltwall?

Prism is a content creation and sharing platform where the author retains complete control over their content thanks to Blockstack's Gaia service and our own asymmetric key sharing scheme.

Boltwall is a new way of thinking about paywalls on the Internet. Rather than relying on a 3rd party to track and collect payments on your behalf, Boltwall gives the content owner the ability to collect fees directly in exchange for access to your data. Think of it like running your own oAuth service, but instead of Google authorizing a user for access on a 3rd party platform, it's your own lightning node.

What Makes These Projects Different?

In the section below about challenges, we go into detail about the specific technical innovations in this project that make the above possible.

It still remains incredibly difficult to find a viable business model that "Can't Be Evil", giving users full control over their money, data, and content while still retaining the mechanisms to make money. This is particularly difficult in the area of social media and content sharing. Nearly all proposals currently either rest on the "Utility Token Model", altruism, or a "Fake it 'til you make it" approach, where the "make it" part is never really well articulated.

There are examples of escrow-like systems that leverage smart contracting capabilities, but most of these use on-chain payments, which are expensive and hard to scale.

Other projects out there act as short term custodians of funds, offering regular payouts upon the submission of a lightning invoice, for example. This, of course, isn't possible in a system with self-sovereign paywalls where you don't want to rely on someone else to give payouts and track how much you're owed.

The model of split payments introduced in Prism and Boltwall means that the service (Prism in this case) can charge a fee when payments are made by the user in exchange for facilitating the transfer and providing the platform to view the content. Furthermore, the user and the actual owner of the data can ensure that Prism only receives a payment if the user gets what they want and the owner gets paid their share. If either of these agreements is broken, the user receives a refund.

This mechanism is implemented in "tipping" for posts on Prism, giving thumbs up or down where both require payment (to disincentivize trolls) which gets split between Prism and the owner of the content getting tipped. This type of split payment without any custodianship by an intermediary would be impossible without Lightning.

There were three main innovations that we believe this project has helped to introduce, with each of the three being explained in further detail below:

1. Selective revealing of content- How do we let a platform that is not the owner of content still have the ability to share content owned by another Blockstack user? Further, how do we only let the platform access this content without exposing it to everyone else that can read Gaia entries?

2. 1 Invoice, 2 Payments - How can we make the process of paying the platform and the content owner as painless, invisible, and trustless as possible for the user?

3. A Paywall for every user - How can we avoid being a custodian of funds at any point without access to a user's node? How can we support 3rd parties giving authorization on our platform?

Radiks (and therefore by extension Gaia) allows a client to choose whether or not to encrypt content stored in their public Gaia service. However, if it is encrypted, then no one else can view it except the owner. On the other hand, if it is decrypted, then anyone can view the content regardless of whether they paid or not as long as they have access to the Gaia network.

We solved this problem using a combination of symmetric and asymmetric key encryption.

The first step was to have a shared key that both the app and the content owner know. This key is then used to encrypt the post content before saving it to Gaia. A reference to this key is then saved on the document model as well as the user model, allowing the app to look up the key whenever they want to decrypt the post without having to ask the user. When the app receives an authenticated request (i.e. an invoice has been paid) to view the content, they look up the encryption key, use that to decrypt the content and then send the decrypted content to the authenticated client.

There is, of course, one obvious problem with this. If the app can look up the user's encryption key, then that means anyone else can look up the key as well. For this, we added one more level of encryption. Before uploading the encrypted post, the user will go through two steps:

This means that while anyone can see this key on Gaia, most importantly the App that needs to decrypt content with the key, only the App, who has the associated private key, can decrypt it to retrieve the encryption key needed in the previous step.

Key Revocation a.k.a. How We Can't Be Evil

In order to stay true to our goal of decentralization, we need a way for a user to keep in control of their content and hold the platform accountable if they violate the trust of the user. This too is relatively easy using Gaia and Blockstack. All the user has to do is:

Now if the app tries to share, copy, or in any way retrieve the content, they will only get a garbled mess of encrypted data.

What's even more powerful in this system is that since payment also isn't managed by the app, the platform is further incentivized to prioritize the needs of the user as it has even less leverage to control content creators. A competitor could easily clone the project and create their own hosting platform where all content on the "evil" platform would immediately be accessible from the cloned one and users can migrate away from the evil platform by simply re-keying using the new platform's public key.

This reintroduces competitive pressures into a market that is dominated by economies of scale. Imagine if you could keep all of your posts and connections from Twitter if you moved onto another platform that didn't censor things in a way you disapproved of?

The challenge of having a single payment responsible for paying to two invoices was, as noted above, accomplished through the use of HODL Invoices. With a HODL invoice a user can pay a lightning invoice to another user, but the payee of that invoice will be unable to settle, and therefore claim, the funds until revealing a secret.

To achieve split payments, we do still need to have two invoices, but only one needs to be interacted with by the user. In the case of tipping, let's imagine that a user wants to tip 500 satoshis for a post. In exchange for managing data on the platform, Prism will charge a flat fee of 100 satoshis for transmitting tips.

To facilitate this, the browser, under the hood, will query the boltwall server tied to the post (this is verifiable through Gaia) for an invoice for the amount of 500sats. This invoice is sent via http request to Prism. Prism then creates a HODL invoice tied to the payment hash of the first invoice for 600 satoshis (price of the tip + the fee). The Prism server then sends this invoice back to the user who pays the HODL invoice of 600 (the user's job is now done!). Because this 600sats was tied to a HODL invoice, and Prism doesn't have access to the preimage that it's locked to, we don't have access to these funds yet.

In order to unlock these funds, Prism must pay 500sats to the first invoice. Paying this invoice will reveal a "secret", this secret can then be used to unlock the HODL invoice.

What's also interesting is that after step 4, if Prism doesn't follow through, even though the 600 is initially locked up, if it's never redeemed, the client will receive a refund after a predetermined lockup period.

In order to have external lightning nodes that grant access to specific pieces of the platform, we needed an API layer on top lightning and we needed a way for the association between that paywall and the content on the platform to be known.

Blockstack's Gaia storage service helps us solve the latter problem. Each post on Prism is stored as a Document model. For any content owner that wishes to charge for access to their content, they must store a URI that points to a Boltwall compatible API for retrieving invoices and authorizing requests as well as a Caveat Key (i.e. a shared password that only Prism and the content owner know. This shared privacy is accomplished with the same (A)Symmetrical Key scheme outlined above). If a payment is made to a Boltwall node, a discharge macaroon is shared in the response. This discharge macaroon is signed with the shared caveat key so that Prism can verify it came from the owner of the content and the discharge macaroon is tied directly to the original request for the content via a root macaroon. 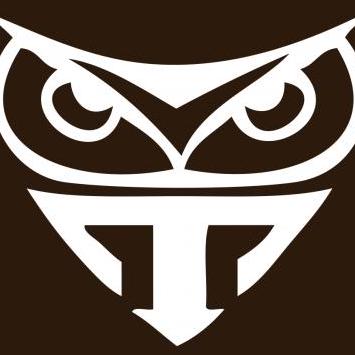 New, updated demo video with a walkthru of the tipping mechanism showing the split payment system in action!