I guess I just thought this was a pretty cool idea I've been wanting to do for a while. Recently saw a BuzzFeed quiz, and it inspired to me to drive this app by anwering fill-in-the-blanks lyrics questions. I thought the theme of this hackathon was appropriate for working on this little game app.

Note the name of the app comes from a fish (the pricklebacks) and is not, despite what teammates may believe, a subtle dig at the band Nickelback.

This is a game, implemented as a web application, that lets the user create a "fantasy rock band" out of top musicians. That band then goes on tour to different cities, and you answer fill-in-the-blank lyric question at each city. At the end, your score is tabluated and presented!

We wanted to get that "recursive" nature just right...the repeated asking of questions. Obviously, there was a lot of busy-work finding photos, processing images, and getting the image names properly stored in the database. Maybe the biggest challenge was trying to edit the feature list into something that would work and be presentable by the end of the time allotted. Been having microphone issues where sometimes it's normal and sometimes it sounds like a metallic buzzsaw, and we ended up recording the demo video multiple times to get it right.

Getting this much in a short amount of time. All of the pages are data-driven and functional, using data we built out. The demo video shows only one path of selected musicians, tour, questions/answers, but there is a lot more data behind the scenes. Replays of the game are different.

Learned a lot about musicians that I never knew. Learned a lot more about using padding and margins in Bootstrap, as well as how to create a carousel and more elaborate cards.

What's next for Prickleback 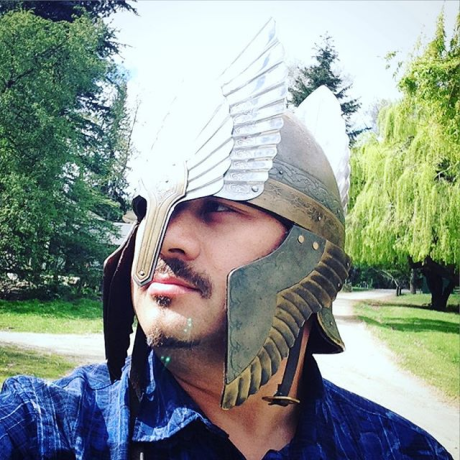