Cellular regulatory processes are more complex than we had once imagined. We now understand that it is generally not individual genes, but networks of interacting genes and gene products, which collectively interact to define phenotypes and the alterations that occur in the development of disease. The inference of such gene networks is challenging task but, if successful, may bring new insights into disease biology while providing us with new diagnostic and predictive tools to improve public health. Given its potential, gene network inference is an intense field of research.  To learn the structure and the set of rules that govern biological networks we have developed Predictive Networks (PN), a flexible, open-source, web-based application and data services framework that enables the integration, navigation, visualization and analysis of gene interaction networks. The primary goal of PN is to allow scientists to evaluate user-generated, experimentally derived gene lists in the context of large-scale gene interaction networks. The underlying analytical pipeline involves two key steps. The first is the collection of a comprehensive, up-to-date set of known gene interaction data from public resources, including full-text articles in PubMed Central. The second is the inference of robust gene networks using methods that use known interactions as the starting point for inferring a final network from user-supplied genomic data. To catalog known interactions, we developed a sophisticated text mining pipeline that extracts gene-gene interactions from both full-text articles archived in PubMed Central and elsewhere and abstracts in the PubMed database. The relationships inferred from these publications are synchronized and aggregated with structured data sets from publicly available pathway databases and presented to users through a rich, graphical web application that allows users to upload, merge, share, curate, search, and analyze gene lists and associated networks inferred from known interactions and genomic data. For network inference, we have implemented both previously published and novel inference methods that combine catalogued interactions and user-supplied gene expression measurements to infer and visualize predictive network models. 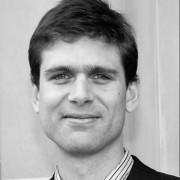