A lack of muck data means inefficient dredging, wasted taxpayer money, and lack of citizen awareness. We thought we could change that.

This project takes existing muck depth and bathymetric data, and we found that muck accumulation data increases relatively linearly. SVR was used to predict future muck levels, but more data is needed to more accurately characterize future muck levels. This is why we decided to incentive citizen collection of muck data with a token system, a user-friendly app, and an inexpensive measurement device.

To built this project, we started by creating large sets of muck data by using older documents on dredging and muck detection to give muck depth data over the span of multiple years. Using Cikit-Learn API from Python, we analyzed the existing data in order to predict the development of muck in the future. Finally, we designed the UI for an easy interface with the user.

A lack of initial data (muck and water depth) limits confidence in projections, but this proves the point that more data is needed. Furthermore, we overcame the problem of data verification from citizens. We also had trouble with finding a model to easily show progression.

A biyearly-updated model for predicting muck levels, an economic model for the upkeep of data acquisition, and the design for a data collection device were all created.

We learned a lot, but the main points were: how to predict outcomes based on present data, how to manipulate data and test results, and how to read muck depth charts

What's next for Predictive Muck Management 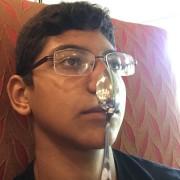