What if you could execute your C code in Powerpoint?

At Carnegie Mellon's 11th annual SIGBOVIK in 2017, Tom Wildenhain unveiled the Powerpoint Turing Machine (aka PPTXTM), a Turing Machine that could function entirely in Powerpoint. The implications? Groundbreaking. The usability? Lacking. To operate the PPTXTM, one needs to write executable punch cards; a technique made obsolete in the 1960s.

And so in 2019, we are proud to introduce the PPSuite, a collection of software engineered to greatly improve your Powerpoint programming experience.

We convert C language to PPASM, our custom assembly language for interfacing with PPCPU. To bridge these 2 languages, we utilized a personally modified version of the Esoteric Language Virtual Machine, ELVM, to produce PPASM. From here, PPEXE loads the instructions into PPCPU using PPAPI.

Next, we decode through the instructions using PPEXE, a Python executor that functions solely to make ordered calls to our PPAPI. PPAPI utilizes AutoHotKey to abstract out the human clicker required for manually executing our PPTXTM cycles.

To use our PPSuite, a user will need to write a C file, say foo.c, and then the following commands:

1) We had no a priori knowledge on how Turing Machines or Punch Cards actually worked...

2) While it is theoretically possible to reduce all programming languages to Turing Machine language, it has been neither proven nor implemented. And so our initial plan to convert C -> Brainfuck -> Turing Machine -> PPTXTM Punch Cards, was immediately established as both nontrivial and night impossible given our time and resources. Thus, we aimed to produce a CPU that could execute all meaningful computation in Powerpoint rather than a C->PPTXTM compiler (formally known as PPCC).

3) PPTXTM's tape length is unfortunately finite. In this implementation, we wrote all code to function on a Turing Machine with a relatively small 8 bits and 8 states. Since 1600+ animations are required to run this, and Since our tape was not long enough to support reading and writing, we utilized Python for reading and writing to our PPT memory/registers/tape.

We'd like to thank Tom Wildenhain for their work in creating and distributing PPTXTM, Uncommon Hacks for hosting this Hackathon, and Microsoft for creating the omnipotent software, Powerpoint. 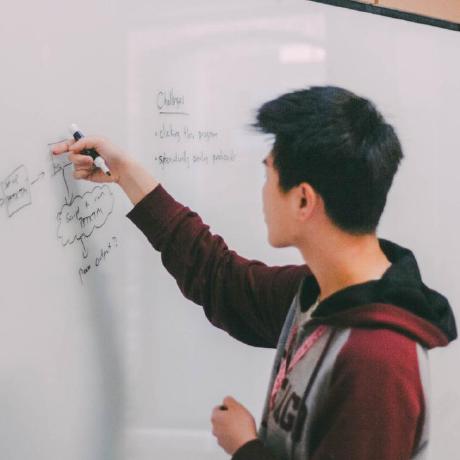