After taking our AP US Government class, we realized the importance and value associated with a solid understanding of our democratic government and current events. However, it was both surprising and saddening to know the low levels of voter turnout, participation, and general knowledge of politics associated with average citizens. Hence, we decided to lessen these problems by creating a platform that concisely educates and empowers citizens and users of all ages about political participation and policies.

It outlines what the people can do if they feel that the government is taking on too much power and abusing those rights. For example, the app will provide users with the resources to petitions, sign existing petitions. The user takes a survey, and based on his preferences, a list of ordered petitions comes up.

It will provide users with a means to contact their Senators in the federal gov and will also provide resources on ways to further participate and have a say in their government. It also keeps users updated on current politics through a live news feed. It is also customizable and user-friendly.

We built this app with Xcode and a Tab-Layout, in which different classes were linked to each other. We also utilized resources from the web. And coded options to call Senators from various states with a click. For the petitions based on survey answers, we created an array that saves the user's rankings on policy options.

It was challenging to transfer data through multiple screens, but we were able to overcome it.

Getting our app to function properly with most of the featured executing as intended. We were also able to learn Swift and apply it to our app in a very short period of time. What we cherished was the ability to solve a relevant program in an area we care about, despite being often unnoticed, by using computer science!

What's next for Power of the People

We would like to add more sub-questions to the survey, with more policy options to give a broad representation of user wants. We can also add information on interest groups and candidates with similar views. We would add contacts for all senators and representatives, along with a general background for each. We can also customize news feeds. 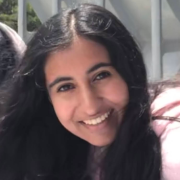