Potholes annoy people everywhere and oftentimes go unreported so they never get fixed. Even worse potholes contribute to the degradation of vehicles and can be hazardous to cyclists. We wanted to make the process of finding and reporting potholes frictionless to improve the quality of roads in cities.

An IOS app uses the accelerometer to detect when a car runs over a pothole and sends the data to our website. Our website has a live map of all reported potholes for easy visualization. The pothole information is also automatically reported via official online pothole report forms to ensure that civic authorities are aware of the potholes.

The IOS app was built from scratch with XCode and uses the built in accelerometer and gyro to detect potholes. Our website uses Google Maps API to display the location of reported potholes. Out database is based off of Platter.dev and uses Node.js and React. We used UIPath to intelligently fill out official webforms.

Transferring the information from all of the different platforms was the most difficult challenge. We were not able to make the voice assistant connect with our database.

We are proud pf being able to detect potholes with the app and being able to display them on a clean map. We are also very proud that we are using official channels to report the potholes so that they can actually be fixed.

We learned alot about how to create a database and execute API requests to pass information between platforms. 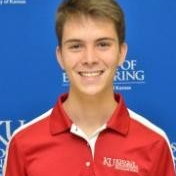