Rails is a web-application framework that includes everything needed to create database-backed web applications according to the Model-View-Control pattern.

This pattern splits the view (also called the presentation) into "dumb" templates that are primarily responsible for inserting pre-built data in between HTML tags. The model contains the "smart" domain objects (such as Account, Product, Person, Post) that holds all the business logic and knows how to persist themselves to a database. The controller handles the incoming requests (such as Save New Account, Update Product, Show Post) by manipulating the model and directing data to the view.

In Rails, the model is handled by what's called an object-relational mapping layer entitled Active Record. This layer allows you to present the data from database rows as objects and embellish these data objects with business logic methods. You can read more about Active Record in link:files/vendor/rails/activerecord/README.html.

The controller and view are handled by the Action Pack, which handles both layers by its two parts: Action View and Action Controller. These two layers are bundled in a single package due to their heavy interdependence. This is unlike the relationship between the Active Record and Action Pack that is much more separate. Each of these packages can be used independently outside of Rails. You can read more about Action Pack in link:files/vendor/rails/actionpack/README.html.

Sometimes your application goes wrong. Fortunately there are a lot of tools that will help you debug it and get it back on the rails.

First area to check is the application log files. Have "tail -f" commands running on the server.log and development.log. Rails will automatically display debugging and runtime information to these files. Debugging info will also be shown in the browser on requests from 127.0.0.1.

You can also log your own messages directly into the log file from your code using the Ruby logger class from inside your controllers. Example:

The result will be a message in your log file along the lines of:

More information on how to use the logger is at http://www.ruby-doc.org/core/

Also, Ruby documentation can be found at http://www.ruby-lang.org/. There are several books available online as well:

These two books will bring you up to speed on the Ruby language and also on programming in general.

Debugger support is available through the debugger command when you start your Mongrel or WEBrick server with --debugger. This means that you can break out of execution at any point in the code, investigate and change the model, and then, resume execution! You need to install ruby-debug to run the server in debugging mode. With gems, use sudo gem install ruby-debug. Example:

So the controller will accept the action, run the first line, then present you with a IRB prompt in the server window. Here you can do things like:

...and even better, you can examine how your runtime objects actually work:

Finally, when you're ready to resume execution, you can enter "cont".

The console is a Ruby shell, which allows you to interact with your application's domain model. Here you'll have all parts of the application configured, just like it is when the application is running. You can inspect domain models, change values, and save to the database. Starting the script without arguments will launch it in the development environment.

To start the console, run rails console from the application directory.

To reload your controllers and models after launching the console run reload!

More information about irb can be found at: link:http://www.rubycentral.org/pickaxe/irb.html

You can go to the command line of your database directly through rails dbconsole. You would be connected to the database with the credentials defined in database.yml. Starting the script without arguments will connect you to the development database. Passing an argument will connect you to a different database, like rails dbconsole production. Currently works for MySQL, PostgreSQL and SQLite 3.

The default directory structure of a generated Ruby on Rails application:

app Holds all the code that's specific to this particular application.

app/models Holds models that should be named like post.rb. Models descend from ActiveRecord::Base by default.

app/views Holds the template files for the view that should be named like weblogs/index.html.erb for the WeblogsController#index action. All views use eRuby syntax by default.

app/views/layouts Holds the template files for layouts to be used with views. This models the common header/footer method of wrapping views. In your views, define a layout using the layout :default and create a file named default.html.erb. Inside default.html.erb, call <% yield %> to render the view using this layout.

app/helpers Holds view helpers that should be named like weblogs_helper.rb. These are generated for you automatically when using generators for controllers. Helpers can be used to wrap functionality for your views into methods.

config Configuration files for the Rails environment, the routing map, the database, and other dependencies.

db Contains the database schema in schema.rb. db/migrate contains all the sequence of Migrations for your schema.

doc This directory is where your application documentation will be stored when generated using rake doc:app

lib Application specific libraries. Basically, any kind of custom code that doesn't belong under controllers, models, or helpers. This directory is in the load path.

public The directory available for the web server. Also contains the dispatchers and the default HTML files. This should be set as the DOCUMENT_ROOT of your web server.

test Unit and functional tests along with fixtures. When using the rails generate command, template test files will be generated for you and placed in this directory.

vendor External libraries that the application depends on. Also includes the plugins subdirectory. If the app has frozen rails, those gems also go here, under vendor/rails/. This directory is in the load path. 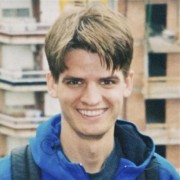