Data about wildlife trafficking is hard to come by. Information about marketplaces where wildlife and its products are traded lie mostly within the local population. However, access to this data is valuable to study local markets, their demand and spread. Also, they serve as leads for law enforcement to trace the products back to the suppliers and poachers. There have been efforts to use technology to help report trafficking like Wildlife Witness. My goal is to build a platform for crowdsourced reporting using chatbots to complement existing methods.

2016 has been hailed as the year of ChatBots and as a new means of User Interaction in addition to native mobile apps. Chatbots are programs that interact with people in natural language over messenger applications. Several popular messenger applications support the development of chatbots like Facebook Messenger, Kik, Telegram, WeChat, Line, Skype, Slack etc. These messengers combined have a user base of over a billion!

Why chatbots are replacing apps

The real advantage of chatbots over apps is in the development process.

What is PoPo Pango and what does it do?

PoPo Pango is a chatbot that collects crowdsourced information about wildlife trafficking. The target user base are regular people who might travel to different places and notice wildlife being traded. For example, you were walking around in a new place and noticed someone selling a wildlife as a pet in a pet store! Or you come across a restaurant that serves a dish made from an endangered animal. You can simply tell PoPo Pango using any of the supported messenger applications. (Currently facebook messenger and SMS is supported but adding other messengers is extremely simple). Once you report it, the data is logged into a central repository. A simple web interface is provided to view and analyze this data and can be later used by law enforcement or wildlife conversationalists to decide on policy.

Several people who live on the peripherals of wildlife reserves might not have access to smartphones. So, the chatbot can also be used with SMS service. Here is a demo of PoPo Pango on SMS

Given the natural language interface, the language of communication can easily be adapted to handle local languages used services like Google translate.

What is it made of?

The chatbot has a simple Django based server and uses the messenger api provided by Facebook for communication. For SMS based interaction, it uses Twilio. Upcoming clients will use corresponding APIs

What is in store for the future? 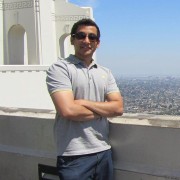