Tumblr has been doing some really great changes to their UI lately, and one of them caught my attention: their new detachable video player! Badass, right?

It got me thinking. Here at ChallengePost, we have tons of hackers posting projects with awesome demo videos. They're the best part of the project pages most of the time!

That said, we do a poor job highlighting them. While browsing long list of projects, there's no way to tell if a hack has a video, and no way to take a quick look at it without leaving the page.

I created this hack to fix that.

A gif is worth 10 thousands words, so here's what it looks like (sorry for the crappy quality):

It's not as polished as the Tumblr version, but I'm pretty happy with it. Looks cool.

What's next for Pop-out video player!

A version of it could hit ChallengePost.com one of these days! We really need to showcase the AWESOME hack videos you guys are making better. 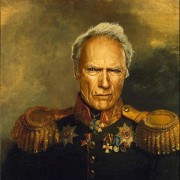