One of our team members, David Saint Sauveur, has always been interested in politics and voting however his friends don't share the same excitement about it. In fact they are usually aloof and cynical about voting and taking action. Part of the cause for this is that much of the political information is located on many different cites with unappealing graphic design. The reason we made this web app is to create a centralized, easy to use platform for most if not all political information. It gives an quick and easy way to be involved in politics for those who are less than eager about voting. Hopefully this would inspire them to make real change.

The web app has a politician search were the user can look up specific details about certain government officials. It also allows the user to register to vote and asks for their location in order to give them localized voting places and election deadlines. They also keep up with bills being in congress and certain details about them based on keywords such as "gun control".

We used Here.com's Location API's and Algolia API. We also use JavaScript, Html 5, and CSS.

Having the location be successful for all locations. Adding pictures of all the politicians.

Coming together to get it done. Supporting the team. Learning more than we did before. Our goal for this project was to create a unbiased political application that welcomes all perspectives and were proud to have made something like this.

How to work in a group to accomplish challenging tasks involving web apps.

So far, it only does local politicians and in the future it will have information about high level government officials. Another Idea we had for if we continued this project after hackUMBC would have users be able to contact certain officials and the officials, in theory, would receive either emails or come to the web app to see the messages left for them. Other ideas include having a chart that simply details if a certain politician is for or against certain issues. 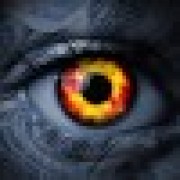