Many blind people can still live normally with their disability. They have jobs, friends, and places to be. Like the rest of us, in order to get to where they need to be, they need navigation. However, often times, people with disabilities are simply an afterthought in phone and software design. Not anymore. We wanted to create a device that is designed primarily with the visually impaired in mind.

So, we decided to create a smart speaker that can be clipped onto a cane, an everyday necessity for the blind). This speaker uses a singular button and voice commands to bring the conveniences of GPS to the blind.

Behind the name - Polaris is the name of the North Star. Throughout history, the North Star has assisted nearly every civilization to navigate through its consistency and reliability. No matter what happens, Polaris is always there, shining down, pointing the way North.

The Front End Upon pressing a large conveniently located button at the top of the device, Polaris uses a combination of C and Python to fluently converse with the user using the about their desired destination and finds the most optimal route for their journey.

Integrating with API's Polaris uses the Google Speech API to carry a seamless conversation with the user and uses powerful machine learning techniques to locate specific key phrases regarding the destination and ignores background noise. Using the key phrases, Polaris finds the best route for the user through the Google Maps API, guiding them through conversation based on coordinate values from the Raspberry Pi.

We ran into many many many challenges while creating this product. The first was looking for an audio input; there were no traditional microphones available at the hardware booth. So, we had to get creative. Combing through the available stock, we found a Logitech webcam. We found that it had a microphone, and capitalized on it.

Then, after soldering on several components, we noticed the fragility of our device. The realized that for outside use with a visually impaired audience, we needed a durable and yet lightweight structure. To mitigate this, our initial plan was to 3D print housing. After designing the entire it, we discovered it would take more than 29 hours to print. Scrapping that idea, we went back to the drawing board. Looking around, we noticed everybody had these blue cups (courtesy of SuppyHouse.com) that were the perfect size for our purposes. We ended up using it in our final design!

We're proud of our teamwork. We really came together as a team and blended our respective expertise to create the best project that we possibly could. We did argue a lot, but it was all productive and contributed to a better end product.

We're especially proud of is our integration of physical elements, such as a button, with complex software design. This was not an easy task, and given that this was the very first hackathon for everyone on our team, we're very proud that we pulled it off successfully.

Elyas - I learned so much during this project. I handled the product design and hardware. Creating physical hardware that matches up to the needs of our software was very difficult. I went through many phases of the design, revising constantly to match up what was needed, what looked the best, and what was available. Additionally, I helped with project management and helped make sure everyone on the team had everything they needed to do their job. I tried to facilitate communication between team members and encouraged healthy decisions (such as sleeping and eating).

Rohan - I came into this competition-ready and confident. I had experience with API requests before and thought I was ready for any challenge that came my way. However, this project really stretched my experience with Python. Not only did I have to extract data from certain APIs, but I also had to process the data to make it ready for the user. This proved a formidable challenge, but I worked very hard, and eventually accomplished my goal.

Abdullah - I also tackled a difficult task. I worked with the microphone and trying to input and output data from the Raspberry Pi. At first, I designed a full web application that could do the things we needed to do. It worked on my laptop, but when we went running it on the Raspberry Pi, it soon became clear it would not be possible. I did not give up, however. I adapted and started from scratch on another program. By the end of the competition, I had it working with the Google Speech API. My knowledge of all things Raspberry Pi has multiplied.

Chris - I worked with Abdullah on making the code that worked directly on the Raspberry Pi. We had to adapt to many problems, like a browser that was behaving weird, screwed up permissions for SSH, and SD card corruption. For each one, we brainstormed a solution, decided on it, and implemented it. It was certainly a learning experience. I learned not to get my mind set on one way - we had to improvise so many times I can't even count.

What's next for Polaris: The Smart Cane

There are many options for the future of Polaris. First, we would implement a size reduction. We can get a smaller microphone shield and battery, thus reducing the size of the device by a lot. Furthermore, we would attach it to LTE service. At the moment, the Raspberry Pi is using wifi, which limits the places it can go. Another addition we will add is a proper housing. We will be able to custom 3d design a housing that enables the electronics components to be screwed in, rather than shoved in. Then, we can progressively upgrade the parts and the process of manufacturing until we are able to go to market.

Additionally, a new feature we would like to add would be an emergency call button. Since the future device will be connected to LTE, we can use VOIP technology to call 911 at the press of a button and broadcast a GPS position in case a user gets in trouble.

Around 1 million Americans are blind. For those citizens, life is different. Those who are legally blind can get jobs, but they are often lower-paying. As a result, their financial state is often worse than the average American.

Furthermore- did you know that 95% of all Americans own mobile phones? On top of that, assistive touch features don't actually unlock all the features of a phone to the blind.

*This means that the majority of the visually impaired are overpaying for a device that they can't even use all the features to, while being in a worse financial state than the rest of the population. *

Someone has to change this. This where Polaris comes in. Future versions of Polaris will cover two basic functions of a phone.

Utility - They will be able to help navigate, the core feature of Polaris,

Security - They will be able to make emergency calls through VOIP technology at the press of a button.

Furthermore, they will use cheaper technology. The visually impaired do not need to pay for a glistening OLED display when they will never use it. We use only the parts we need in a design that is made primarily for the target audience.

When this product comes to market, it will relieve a large segment of the population from overpaying for phones that they can't use fully. It will be saving a financially vulnerable market a lot of money. 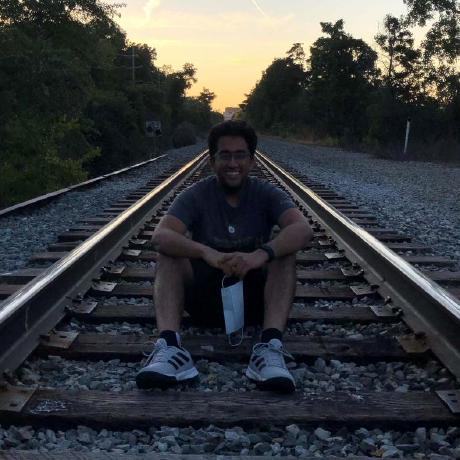 Thank you judges for selecting our project as the winner of the SBU Hacks 2019 Med Bey Award! We hope to come back next year!