Have you ever felt nervous before an important presentation? Maybe anxious, waiting backstage minutes before an important performance or you're next in line to give your BostonHacks hack pitch. Thoughts of all the things that could go wrong are racing through your head, even though you've prepared and rehearsed over and over.

If you are like 75%-90% of Americans*, chances are you've had a bout of pre-performance anxiety, also known as "stage fright" at least a few times before important events, if not regularly. As a performer (and frequent public speaker) myself, I experience this feeling acutely, and I can't remember the last time I had a performance where I wasn't at least a little anxious. And while feeling nervous before a performance is natural, for a large swath of people, it consistently hinders them from performing at their best. Furthermore, those same performers have a harder time enjoying their own art in the moment, as enough of their mental energy is devoted towards improving their execution. In my opinion, It's tragic that most audiences may seldom, if ever, experience the performer at his or her peak potential.

The app I decided to build aims to assuage performance anxiety by having users undergo a guided calming routine directly before a performance. My goal is to enable each user to focus on their best to the performance and empower them to take the stage with the confidence that they deserve.

Poise is a mobile app that enables performers to perform at their peak potential by minimizing their pre-performance stress and anxiety. Someone who is poised for a performance is calm, is ready to execute, and delivers with confidence and grace. Users of the app will reach this state directly before their presentations through guided routines that relax their bodies and focus their minds. These include standard procedures such as "guided breathing" and "performance visualizing", as well as customized actions that users can create for their unique personal experiences.

While there are many apps deal with combatting general anxiety or long-term wellness, there are no good solutions for performers who wish to curb moderate to intense pre-performance anxiety in the critical moment that they need it most - directly before a performance. However, I still did want to commit to performers' long-term wellness by adding a "feedback" screen after finishing a routine, where they can report if a routine was helpful or not, and prompt to redo a routine if they did not feel satisfied.

I built this app using React-Native, with some components built and designed using Sketch. When designing the app, I considered the user and his/her emotions at each point. The user I designed for is the performer who is feeling anxious, perhaps an hour to a few minutes before their performance. He would want to be able to access his or her calming routine as soon as possible, so I stuck to a very simple, easy to navigate, and minimal UI. I also wanted my app to evoke calmness, so I used a simple font with lowercase letters and a relaxed off-blue and white color scheme. I also considered that the user might be in a stressed, "me-vs-the-world" sort of mindset, so I designed the pulsing circle that is the primary navigator in my app to act as a "guiding light" or "friend."

React-Native is a fairly new framework, and standards are constantly evolving. As a result, lots of references were out of date or buggy, and I had to get deep into debugging, searching through Github pull requests and other conversations.

Some features include the React-Native Animated class to animate my app (the pulsing circle), as well as learn aand apply React-Native's convoluted StackNavigator system. Both of these are fairly new developments in React-Native that I haven't worked with before. I'm also proud of creating an app that put UX first, when in the past that has been less of a concern for me. I felt that it was important for my users to feel comfortable and confident, and I feel that I've done a good job there.

As a Psychology minor, I already had a strong interest in the science behind calming and confidence-boosting actions , but during the process of building this app I gained much more knowledge through research. For example, measured/guided breathing has been a staple of stabilizing people's bodies and minds, and reading a Stanford study on it helped me understand more. Furthermore, I learned more about many more routines including power poses, and how "shaking it out", or relaxing your limbs, releases stress through physical and emotional means (like increasing blood circulation and freeing your body to move). In terms of development, I also learned a lot about React-Native's new features and libraries.

What's next for Poise

I have a lot more in store for the app. Firstly, I want to use a live database like MongoDB or Firebase so I can work with user data. I also want to add customization features so that users can create their own routines. I also would like to have support for music playing, or include music in the app as people who are trying to focus themselves for performances tend to use headphones. Some of these features could be in the premium version if I decide to take the app to market.

I also want to expand the app for different demographics, such as those who have anxiety over public speaking, job interviewees, sports, and more, as ordinary people have to do many of those tasks regularly, meaning there is a huge userbase that I can tap into. 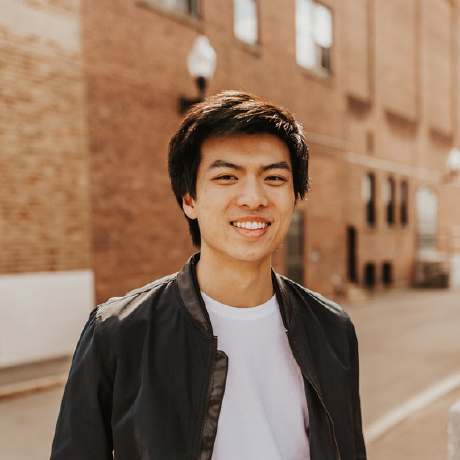