Do you know what’s the best time to plant a tree? It’s now! Inspired by this thought, we begin to bring it to reality by creating an interactive PlantAR experience on Instagram using Spark AR. Ever wondered what we give our Environment in return which provides us so much, from a molecule of oxygen to breathe… to a beautiful earth to live on ? Instead we keep deteriorating its resources . However, in this era of industrialization and urbanization , this AR effect lays emphasis to motivate people to spare some of their time in taking care of their Mother Earth by keeping her green for future generation to have a better world to live in

The PlantAR effect is an interactive AR experience , that allows user to beautify its surrounding by making it green and view its surrounding in a more ecological perspective and at the same time promoting the idea of afforestation. This effect will allow the user to get close to nature and will motivate them to think green and dedicate some of their deeds towards protecting it. To plant a garden is to believe in tomorrow

We built the AR effect in Facebook's Spark AR platform throughout most of the month of June (2020), spending hours creating and optimizing 3D models in Blender, designing the AR logic to both run + consistently reset the experience. This is in addition to nearly 40 hours of research starting back in May and continuing alongside development in June. Material for 3D models were created in Spark AR We started by creating by creating different types of trees (using 4 models) and particle effect in Blender and characters were made in blender too. Once we were happy with the models, we imported all of them into Spark AR and began piecing together the organization of our scene and the effect logic. At first, we were only going to allow the user to draw, edit, and view their natural scenery in the back-facing camera, so we got to work adding my track objects to a plane tracker. But eventually we came to screen tap and screen long press to interact with environment Having come from a game development background, we knew we would be more comfortable with patch editing as opposed to using Javascript.

Drawing and editing your own natural elements Particle systems plays an important role in the process not being able to customize particle shape proved to be a major setback on the project, but it was not the end so we instead came up with tap interaction to create a beautiful environment

We are pretty proud of the workarounds that we came up and the challenges we aced. One of the main achievements of this project is, that we are able to know and learn about a new platform to create a fun AR experience and improve our knowledge. Overall, I’m just proud that we accomplished a personally ambitious goal and that we incorporated a lot of the direct feedback we got from people who used the effect.

Of course , we learned more about building 3D experiences, about implementing feedback from users, about navigating Spark AR, but the most important thing we learned through building this effect is that one is much more likely to put the work into building something full and complete if they’re personally excited by it - conceptually, technically, etc. – as it will never feel complete to you. As once said by Sir Edmund Hillary “It is not the mountain we conquer but ourselves.” Also working as a team lead us to ideate and brainstorm more, giving an insight of working and achieving goals together

What's next for plant

Since nature and its components are never ending , therefore , this effect can be refurbished with many inputs possible. We aim to add feature that allows user to add other environmental components like butterflies, different flowers , some aesthetic water bodies etc. Thus, making it more customizable . We also tend to include more than one background frame. Like to include interior of a house and promote indoor planting or a terrace to motivate terrace farming. However , it would be fun to associate with a game , so that children also indulge themselves and at the same time gain wisdom to preserve nature and maintain the greenery of their surroundings. 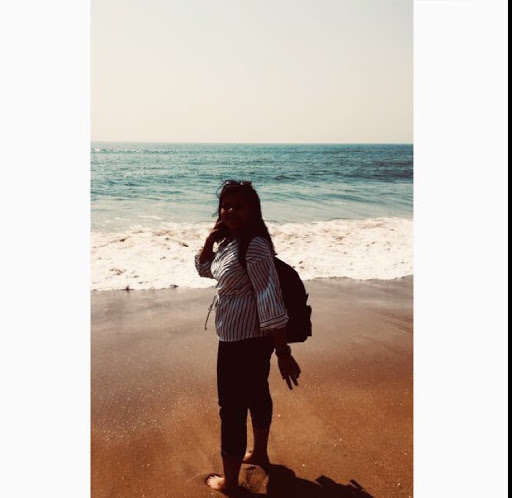