The idea behind this android app was to build a product that instead of delivering just numbers and ratings, gives more to the user that they can relate with and make decisions with; People. While numbers are great to summarize everything, its the people that build the data that define the numbers and hence the data that is worth making decisions off.

The idea was to help the people who wish to know more about the area and locality of a certain address(in this case it could be a plot of land or a house they are planning to buy) by providing them with things that have happened around the area in recent memory. These things are tweets, instagram pics, news articles(from google) and a summary of places around that plot using google maps.

-Returning extremely user personalized feeds from twitter and instagram. -Showing specific traffic related data from @blrcitytraffic’s twitter handle. -Integrating quora feeds into the app, considering that quora is the best platform to know crowd sourced answers to questions about pretty much everything that there is to ask about a city or locality. -Personalization.

User can begin by entering the locality the user is interested in.

The location as shown on the map 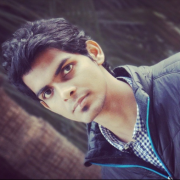