I really love pirates, adventures, and generally dislike not being portable. By employing critical thinking skills, I determined that a combination of those things would be pretty cool, so I set out to create a portable pirate adventure.

The gameplay was heavily inspired by one of my favorite puzzle games of all time, PopCap's Chuzzle!

Gives people something to do, with pirates.

Blood, sweat, tears, and procrastination. I started working on it around June 2014, and have been casually hacking away at it during my breaks in school, weekends, or procrastination sessions.

When I started that project I decided that I should try to venture out of my comfort zone and use a new platform/technology. I chose Haxe because being able to build to intermediate languages just seemed really cool at the time, and I chose HaxeFlixel because it won the coin-toss against HaxePunk.

Thanks to Haxe being able to build to different languages, and the fact that HaxeFlixel is based on Flixel (which is a Flash-based game engine), porting my base game to a bunch of different platforms is almost trivial.

This is the most polished game I've ever made.

Haxe is awesome! Like seriously! It has its quirks, and it has some (minor) annoyances with the syntax, but otherwise the ability to build your project into C++ and JavaScript, and then build that C++ using a standard compiler, and run that javascript on any browser or interpreter, and having it work exactly as you'd expect it to on both, is AWESOME.

What's next for Pirate Swipe

Being finished and released. 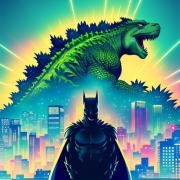