Who doesn't hate their inbox?

Paul Graham noted that email is not a communications protocol, it's a todo list. And it's badly suited for that, because anyone else can add items to it! Email thus ends up a combination of awkward "Hey, have you gotten to that yet?" messages, combined with questions of "Can I put off that email off any longer or do I need to respond now?"

With PingBox, we're giving you a better inbox.

PingBox lets you track a collaborative To-Do list, where you put items on other people's lists, and they put items on yours. You can create these tasks on the site, or directly from emails using our Microsoft Outlook add-in.

Then you get three Pings per day to move tasks up other people's lists. In the meantime, other people's Pings determine how tasks are sorted on your own list.

No more worrying about whether it's been "long enough" for you to send a "just checking on this" email. At the start of each day, just Ping the three items you most need from other people. And then look at the top of your to-do list to see what people need from you!

Pinging is as simple as pressing a button, so it's easy to follow up on tasks. And since everyone can cast only three Pings a day, you know that items at the top of your to-do list really belong there. 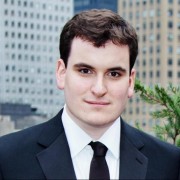