The problems of medication adherence that has lead to unnecessary burdens on the healthcare system and avoidable harm to patients led us to delve into why these problems occur in the first place. After some research, we found out that of the patients that start their medication course, 50% stop taking their medication within a year. We targeted the population that depends on long-term medication to maintain their health.

We built the front end using ionic and linked it to a backand backend. We used an Arduino with a seeduino shield to control our hardware module, which we controlled via BLE. We also used marvel apps to create a vision for us to follow once we began coding.

learning how to use angular and new technologies and making them communicate with each other.

We were able to build working hardware peripherals that were controllable via bluetooth.

We learned angular, arduino, and backend frameworks that communicated with a front-end

What's next for Pill Mate 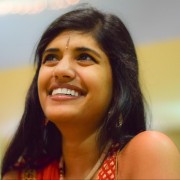