As a computer science student, I spend a lot of time on my computer trying to transfer pictures of my notes to my computer. I realized how much of a pain it was to have to go into my email, create a new email, send it to my computer, open it up on my computer, and wait for the email to come to my PC. I wanted to make this process faster. This is why we came up with Pictacom.

Pictacom is a multi-platform web application and desktop application design to quickly transfer images from the web to the desktop app. In just a few clicks, you can have your images from your phone right to your PC without having to be on the same network. All you have to do is type in the code from your PC, choose the image you want to send, and click upload! You can then choose to save this image or store it on your clipboard.

We build Pictacom with C#, HTML, CSS, ASP.NET, and SQL. Put together, this made a very powerful application. We first created a simple web application that was used to connect to a server that is hosted on a Google Cloud Virtual Private Server. Both the web application and the desktop application connect to the server and are both ready for sharing! After uploading an image on the web app, the file gets converted to a base 64 string and is sent as a TCP packet to the server. The desktop application awaits that packet and, once received, downloads it and converts it to an image within a few seconds.

We ran into a few issues with the same packet getting downloaded multiple times. We fixed this by changing the way our applications communicated with the server.

We are proud of how fast we were able to put this project together and how well it turned out. We were expecting to run into a few more roadblocks but we were able to get over them with ease and are very proud of how Pictacom turned out. We were proud of the implementation of a QR code connection feature for fast connection. We are also very proud of the SQL connection feature which made it so, even after you restart the application, you are still connected to your computer.

Our future plans for Pictacom is to be able to connect easily to multiple computers. We would've implemented something where you can see all your past connections and be able to connect to these computers later. If we had more time on this project, we would increase the speed of the file sending and allowing the ability to send images from the computer, back to the phone. We also wanted to make this project available on Mac and Linux for the future. 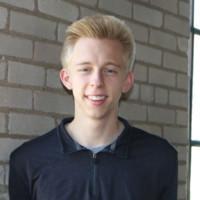