Despite the widespread use of WiFi and availability of cellular networks, there remain scenarios where WiFi and 3G/4G are not available (e.g. rural areas etc.).

Hence, ultrasound could be a viable option to consider when enabling communication between devices, especially so when any device with a microphone and speaker can communicate as well (like humans!). As our first hackathon, we decided to implement a library that enables ultrasound communication with a simple pairing app as a demonstration.

The library allows users to transmit and receive messages using ultrasonic sounds. We have provided additional services such as regex listeners that allow for multi-way communication as well as triple handshakes.

These features are presented in the form of a simple API for web developers to effectively integrate ultrasonic communication into their web projects.

Potential uses include the ability to pair devices and broadcast messages from 1 device to others in range by enabling offline communication. Ultrasonic sounds are platform independent, allowing for remote access to a variety of machines (e.g. Fridge etc.).

As most modern devices come with a microphone and speakers, it can serve as a viable alternative to camera-dependent technology, e.g. QRCode, for sharing information, especially since it has the capability to work on any device that supports HTML5 while not requiring any set-up at all.

The library is currently tested to be only working on Google Chrome thus far due to its support of latest HTML5 audio API. 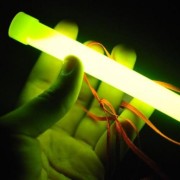