(Ph)omo inspired by the common abbreviation that those silly Americans use, FOMO. It stands for a fear of missing out. As prancing Americans in London, we realized that all we wanted to do was to take photos. However, we could not imagine not getting the best photos at the best locations. Among our team, we had two especially precocious photographers who busily snapped away as we traveled through London. Now imagine if there was a platform for amateur and professional photographers to discover the best locations to take photos. No one would like to miss out on that huh?! This idea was adapted based on similar idea taken from a previous hack, but stuffed with brand new technology we all had a blast learning.

The front end was build with JS, HTML, and CSS built on a Flask Framework and a MongoDB database for logging in users. We needed to store and access queries so a node.js server built on the Express Framework was built with Compose for Redis database hosted by IBM in order to cache queries for faster responses and better user experience. We are also currently hosting it on a Google Cloud Computer Instance.

We ran into both logistical and technical challenges which mostly involved trying to finish a project together while learning all these new technologies.

We are happy that one of our teammates, who has never been to a hackathon was able to take part in the experience. We are happy that we ended up with a slick looking product that shows that we have been growing as programmers over the past year. Finally, we are happy to soon be sleeping.

We learned both life lessons and how to apply technologies that we have never seen before to a problem effectively and quickly.

We would really like to have some kind of unique user profile from other social media sites and maybe design routes for people to walk through to get the best photos or setup a recommendation system for places to take pictures at. We think that the possibilities are endless! 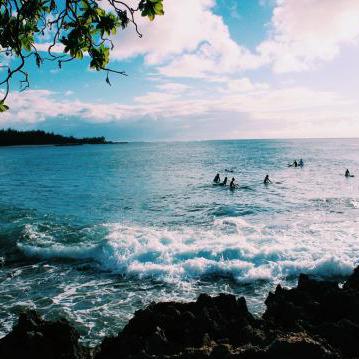