With an increase in the number of homeless pets in shelters due to factors like failure to neuter, the popularity of pet breeders over shelter adoptions and the consideration of pets as toys rather than living beings, lead to severe problems like lack of space and resources, which in turn trigger the euthanization of around 1.5 million animals per year. This is a worrying fact because even though the number of adopters has increased over the years, the influx of stray animals has overtaken it by a far number.

These disturbing statistics instigated us to make an immersive experience for the user, by making him walk through the life of his favourite pets in any shelter, so as to create an emotional connection with them. This, in turn, will induce him to respect each living being and inspire him to change the lives of several animals waiting to be adopted in multiple shelters around the globe.

PetsAR.US is a multipurpose web app which provides a multitude of services to help homeless pets by creating a unified platform to donate money to the shelters via credit/debit card or bitcoin, access emergency contacts to report homeless stray pets, adopt a pet and also provide an intuitive Augmented Reality experience aimed at promoting and establishing the value of a pet, and creating a sentimental attachment between the owner and the pet.

Under the adoption tab, the user will be prompted to use our AR application on the images of the pets they are interested in. The AR interface exposes the customer to the life journey of these pets, which includes an audio or video description of their rescue stories, and a realistic 3D model of the pet running across a map marking its voyage across states or cities due to constant transfer between shelters or adopters. This aims to make the customer sympathize with the pet's condition, thus transforming him into a more responsible adopter and an informed citizen of the society.

The AR app can also be extrapolated to being able to instantiate information regarding each pet when the potential customer visits the shelter in person. Awareness among people can also be generated through this experience, motivating them to make knowledgeable decisions regarding their pets.

The web app is built using Javascript, HTML, CSS, Jquery, Bootstrap at the front-end, and Amazon web services and Microsoft Azure at the backend to make the visuals as easy and personal as possible. For the augmented reality experience, we used Unity engine to build an Android mobile application and used Vuforia SDK for the instantiation of the various objects in the augmented space. Additionally, the 3D models of the pets and their animation was done using Autodesk Maya and Photoshop to make the interaction realistic.

One of the main challenges we faced was rigging and animating the models. Since all of our team members had limited experience in 3D animation, we spent quite some time designing it.

We are glad that we were able to accomplish everything we planned to implement as we brainstormed at the start of the hackathon. We also learnt multiple small skills overnight which cumulatively brought together this entire project.

We understood that a team can generate maximum productivity through dedication, hard work and coordination.

The future of PetsAR.US include implementing sentiment analysis to measure how each customer reacts to the pet and suggesting pets that might match with them. Additionally, the current prototype will also need to be made better after receiving feedback from the users. 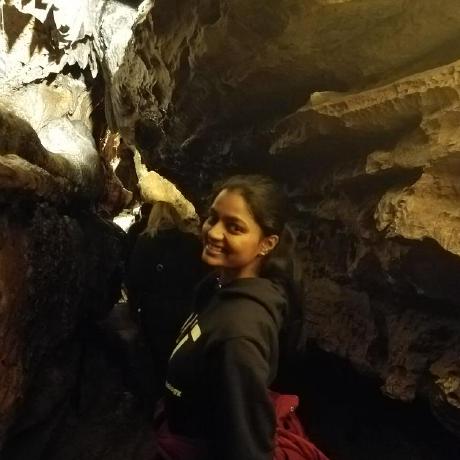