**Game plays best using a Bluetooth game pad because you don't have to hold your hand up to your had to walk around. Use the game pad in your hand, at a natural position, and use the 'Fire1" button to walk forward. If you have any issues getting the game to run please contact support@daggasoft.com.

Tap on the GearVR touch pad or press "Fire 1" on a Bluetooth game pad to move forward.

Look in the direction that you wish to travel towards.

If you are looking at an inter-actable object in the game, you can tell by the circle in the center of the player's view becoming filled.

Peripheral forces players to be aware of where they're looking in VR. Depending on the direction and duration of gaze, it can help or hinder progress toward solving challenging puzzles.

The GearVR has minor performance hiccups in several spots in the game, though thankfully never during critical points. We've spent a lot of time tuning the game to keep the framerate high, no matter what you're looking at. While being a tremendous piece of kit, the dynamic CPU and GPU throttling due to heat is a real bummer.

We wanted to make sure the game felt great to play on a GearVR whether or not you're using the touch pad.

Because the core gameplay element is based upon the user's gaze direction, we had to make sure this worked perfectly with the prebuilt GearVR Unity3d assets.

and a small bout of nausea :)

How fun it is. We've created a puzzle game which leverages head-tracking in VR rather than just being a gimmick.

Tons! Unity3d has native support for VR; Oculus SDK is not required, how to do remote profiling in VR on Android, and how to tell if your game is running sub-optimally with time warping.

What's next for Peripheral 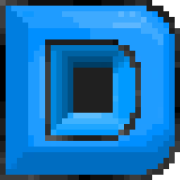 We won! So excited. Stay tuned for an updated build for gear vr.

Unfortunately there is a bug in the "a helping friend" level where the 'friend' spawns too close to the ground, which causes an endless loop of him falling to his death. This makes the level progression impossible (It's the second last level). We discovered this very shortly after the deadline, so we couldn't submit a fix since the contest was closed. We have this fixed in the latest build. If you want to play the game to completion you must avoid looking at the floor directly below where the friend spawns. Sorry!

Finally ready for a gold build. Many hours spent optimizing for mobile. We have some test levels with compelling puzzles.