We are all software/game devs excited by new and unexplored game experiences. We originally came to PennApps thinking of building an Amazon shopping experience in VR, but eventaully pivoted to Project Em - a concept we all found mroe engaging. Our swtich was motivated by the same force that is driving us to create and improve Project Em - the desire to venture into unexplored territory, and combine technologies not often used together.

Project Em is a puzzle exploration game driven by Amazon's Alexa API - players control their character with the canonical keyboard and mouse controls, but cannot accomplish anything relevant in the game without talking to a mysterious, unknown benefactor who calls out at the beginning of the game.

We used a combination of C++, Pyhon, and lots of shell scripting to create our project. The client-side game code runs on Unreal Engine 4, and is a combination of C++ classes and Blueprint (Epic's visual programming language) scripts. Those scripts and classes communicate an intermediary server running Python/Flask, which in turn communicates with the Alexa API. There were many challenges in communicating RESTfully out of a game engine (see below for more here), so the two-legged approach lent itself well to focusing on game logic as much as possible. Sacha and Akshay worked mostly on the Python, TCP socket, and REST communication platform, while Max and Trung worked mainly on the game, assets, and scripts.

The biggest challenge we faced was networking. Unreal Engine doesn't naively support running a webserver inside a game, so we had to think outside of the box when it came to networked communication.

The first major hurdle was to find a way to communicate from Alexa to Unreal - we needed to be able to communicate back the natural language parsing abilities of the Amazon API to the game. So, we created a complex system of runnable threads and sockets inside of UE4 to pipe in data (see challenges section for more info on the difficulties here). Next, we created a corresponding client socket creation mechanism on the intermediary Python server to connect into the game engine. Finally, we created a basic registration system where game clients can register their publicly exposed IPs and Ports to Python.

The second step was to communicate between Alexa and Python. We utilitzed Flask-Ask to abstract away most of the communication difficulties,. Next, we used VaRest, a plugin for handing JSON inside of unreal, to communicate from the game directly to Alexa.

The third and final step was to create a compelling and visually telling narrative for the player to follow. Though we can't describe too much of that in text, we'd love you to give the game a try :)

The challenges we ran into divided roughly into three sections:

Notice a few things here: we are constantly checking for a stop call from the main thread so we can terminate safely, we are sleeping to not block on Accept and Recv, and we are calling a custom event broadcast so that the actual game logic can run on the main thread when it needs to.

The second point of contention in threading was the Python server. Flask doesn't natively support any kind of global-to-request variables. So, the canonical approach of opening a socket once and sending info through it over time would not work, regardless of how hard we tried. The solution, as you can see from the above C++ snippet, was to repeatedly open and close a socket to the game on each Alexa call. This ended up causing a TON of problems in debugging (see below for difficulties there) and lost us a bit of time.

The other problem we had was with timeouts. Depending on how we scheduled socket commands relative to REST requests, we would occasionally time out on Alexa's end. This was easier to solve than the rate limiting.

The single largest thing we've come together in solving has been the integration of standard web protocols into a game engine. Apart from matchmaking and data transmission between players (which are both handled internally by the engine), most HTTP based communication is undocumented or simply not implemented in engines. We are very proud of the solution we've come up with to accomplish true bidirectional communication, and can't wait to see it implemented in other projects. We see a lot of potential in other AAA games to use voice control as not only an additional input method for players, but a way to catalyze gameplay with a personal connection.

On a more technical note, we are all so happy that...

THE DAMN SOCKETS ACTUALLY WORK YO

We'd hope to incorporate the toolchain we've created for Project Em as a public GItHub repo and Unreal plugin for other game devs to use. We can't wait to see what other creative minds will come up with! 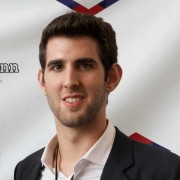