We need to decentralize social networks. This is too much concentrated power currently...

PeepETH has some really nice ways to be cheap (scaling from the application side: stateless smart contracts; Interaction batching, ..) and provide good UX. But a native libre android client was missing yet.

It is a native android client for PeepETH. Currently you can just look at peeps, sign in and peep.

Coded a native android app in Kotlin that interacts with WallETH

Bevan the father of PeepETH wrote a nice mail on Saturday that sums some of the problems up:

Re: signing in and peeping, the unofficial API is severely lacking as you've discovered. Should have given you a heads up before you started as it is fairly convoluted, and will be changing soon. There is no other sign-in endpoint, and the other server-based functions are pretty tightly coupled to the DOM, so it's a nightmare from a third-party perspective.

Good luck- and sorry I cannot offer much more help right now! Hope to meet you and @dirk at some point.

He was right with "nightmare" - mainly because the server either answered with 200 or 500 - nothing much between. And the 500s had no details - so basically a black-box ;-)

And not only technical obstacles where present. Also that ETHBerlin was so full of interesting people to talk to. Some that I only knew from online conversations and really had to talk which reduced the time there was to code.

Anyway - it was fun - the seed is planted - the PoC works and I can peep from my phone now ;-)

That we could peep in the end - despite all the troubles ;-)

Lot's. Unfortunately also some bad things. The nice UX of PeepETH (that was even praised by Vitalik: https://peepeth.com/vbuterin/peeps/QmNgq1vyfa9nyAAoW4WZ3NXaQHqbyC5dc8YGju6TLF4Edr) is in some points rooted in some nasty centralisation. Also that apps now build on this bug: https://github.com/ethereum/go-ethereum/issues/14794 (length in decimal shrug) - now it is out in the wild. And so much more ..

Big shout out to 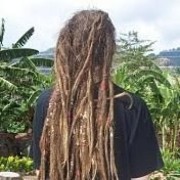