I found bertrandom's repository where he programmed a microcontroller to automate a minigame in The Legend of Zelda, and wanted to make something more dynamic, that could receive inputs from a PC.

PCtoSwitch outputs serial keypresses to an Arduino, which activates pins on a microcontroller to control a Nintendo Switch directly from a PC.

It uses bertrandom's (modified) c code to execute commands on a Teensy++ 2.0. I changed it to read the states of several pins, which are being turned on an off via the Arduino. On the PC side, I'm running a Python script to output serial instantly to the Arduino.

I believe this project has a large potential for being useful in several other scenarios. Any script in essentially any language can output to the microcontroller, and this should prove useful for things such as tool-assisted speedrunning, gamepad emulation, and AI.

Having never used a Teensy nor dealt with serial I/O, I learned a decent amount about the hardware I used during this project.

Next up would definitely be to get the proper hardware (header pins, wires, etc.) and create a system that allows for a fully remappable gamepad on the fly. 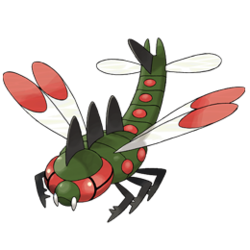